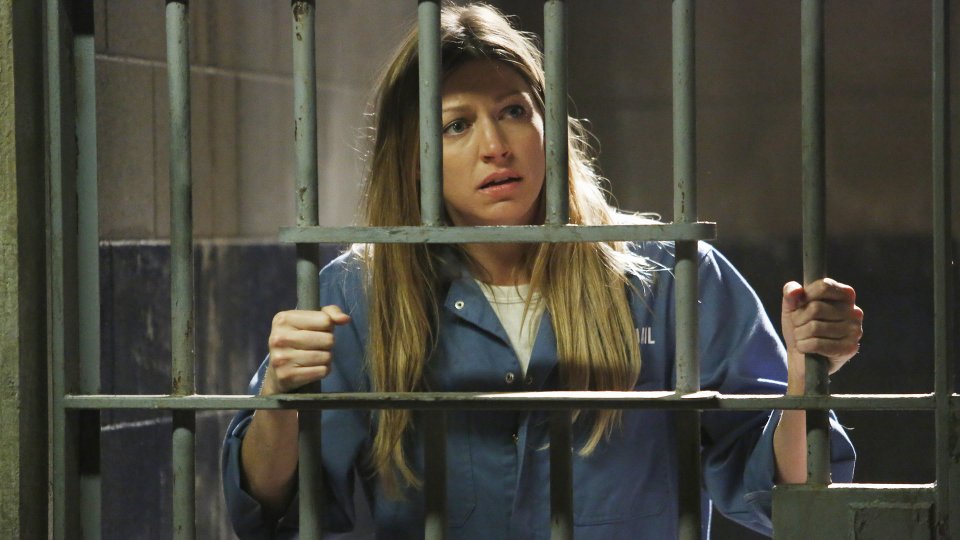 Joss (Jes Macallan) had her last glimmer of hope taken away from her during last night’s episode of Mistresses.

Still desperately trying to prove her innocence, Joss felt hopeful when Calista (Jennifer Esposito) was arrested. Unfortunately the prosecution believed that Calista and Joss had worked together to murder Luca (Noam Jenkins) meaning that freedom was still not in sight.

Elsewhere in the episode Karen (Yunjin Kim) mistakenly thought that Vivian (Sonja Bennett) was having an affair. She confronted her, after finally telling Vivian and Alec (Ed Quinn) that she was pregnant, and found out that she was sick once again. April (Rochelle Aytes) lost her temper with Lucy (Corinne Massiah) and slapped her, and she finally told Blair (Brian White) that she had cheated on him with Daniel (Ricky Whittle).

The next episode of the season is Reasonable Doubt. Despondent over her situation, Joss considers taking a plea deal and, after being shut out by Joss in prison, Calista sees the pain she’s causing her.