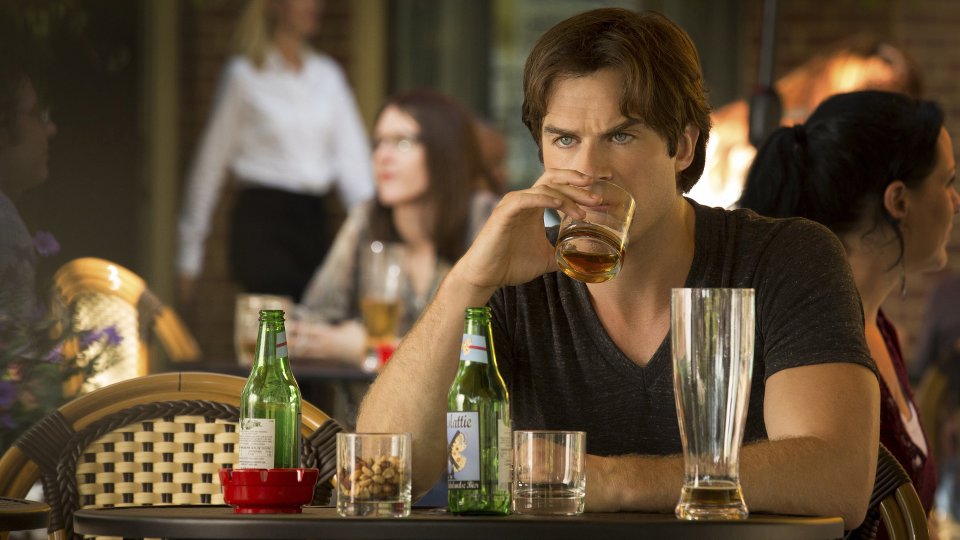 Things were looking very bleak when The Vampire Diaries ended its sixth season earlier this year.

Season 7 of the show arrives in the UK next week and it picks up after the devastating events at Alaric (Matt Davis) and Jo’s (Jodi Lyn O’Keefe) wedding. Jo, and her unborn twins, were killed by her brother Kai (Chris Wood), who also put Elena (Nina Dobrev) under a curse that meant she remained unconscious until Bonnie (Kat Graham) died putting Damon (Ian Somerhalder) in a dilemma.

Kai was killed and Elena’s body stored in the Salvatore family crypt until Damon and Bonnie could find a way to break the curse. Meanwhile Caroline (Candice King) and Stefan (Paul Wesley) started to rekindle their burgeoning relationship.

Elsewhere Lily Salvator (Annie Wersching) found her family of heretics and it appears that Enzo (Michael Malarkey) chose to be part of Lily’s family turning his back on Damon and Stefan.

The first episode of the new season is Day One of Twenty-two Thousand, Give or Take. While Elena lies unconscious, Caroline writes a journal for her. Damon tries to deal with Elena’s absence.

Tune in to ITV 2 at 11pm on Wednesday to see the episode. Preview it with our gallery below: