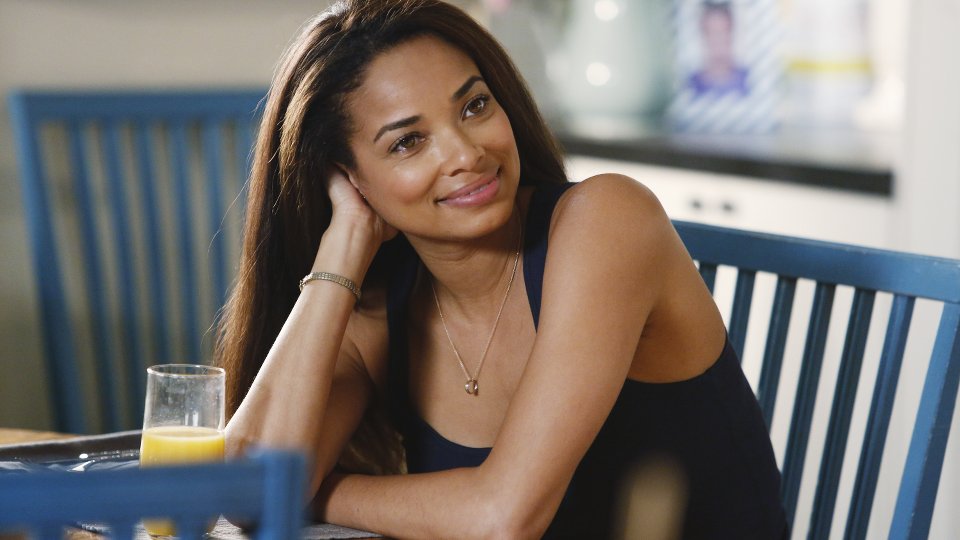 Joss’ (Jes Macallan) selfless act turned into her worst nightmare on the latest episode of Mistresses.

After trying to help Calista (Jennifer Esposito) catch Luca (Noam Jenkins) cheating on her, Joss offered to act as bait. The ladies set up a scenario where Joss could seduce Luca and they record the whole thing. As Joss set the plan in motion, the lights went out in the house and when she went to investigate she found Luca dead at the bottom of the stairs.

Elsewhere in the episode Karen (Yunjin Kim) and Alec (Ed Quinn) didn’t know how to act around each other when Vivian (Sonja Bennett) went out of town and ended up having sex, April (Rochelle Aytes) tried to deal with the issues she had with her mother, and Harry unexpectedly got a new opportunity in his career.

The next episode of the season is Murder She Wrote. Vivian uncovers a lie; as April’s connection with Blair deepens, Lucy sees a strict side of him; Mark’s self-esteem takes multiple blows; Calista’s actions cause Joss to become the prime suspect.

Tune in to TLC at 9pm on Wednesday to see the next episode of Mistresses. Preview the episode with our gallery below: