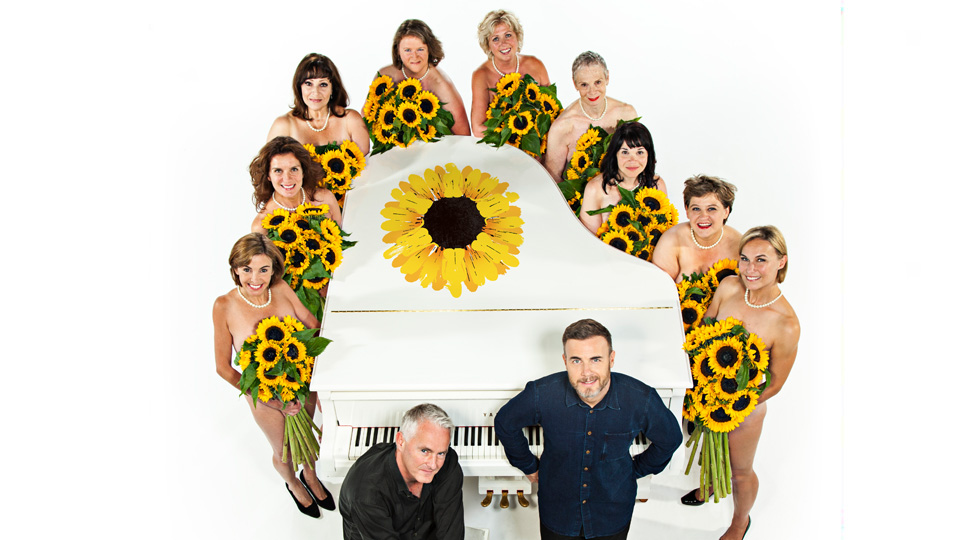 The full cast has been announced for Gary Barlow and Tim Firth’s new British musical, The Girls. Based on the true story, the film and award-winning play by Tim Firth, Calendar Girls, the brand new production has its world premiere at Leeds Grand Theatre from on Saturday 14th November 2015.

The cast will be led by Debbie Chazen as Ruth, Sara Kestelman as Jessie, Claire Machin as Cora, Claire Moore as Chris, Vivien Parry as Celia, Joanna Riding as Annie and Harriet Thorpe as Marie.

Debbie Chazen played Ethel Kingsley in Mike Leigh’s film Topsy-Turvy and her many television credits include the lead roles of Annie in Smoking Room and Kelly-Su Crabtree in Psychoville. Sara Kestelman won an Olivier Award for her performance as Fraulein Schneider in Sam Mendes’ Cabaret at the Donmar; Sara has appeared extensively with the RSC, including playing Titania in Peter Brook’s landmark production of A Midsummer Night’s Dream. She also created the role of Margrethe Bohr in Michael Frayn’s award winning Copenhagen. Claire Machin’s credits include My Fair Lady, Mary Poppins, Betty Blue Eyes and Memphis. Claire Moore originated the role of Ellen in Miss Saigon. Her other credits include Christine in The Phantom of the Opera, Fantine and Madame Thenardier in Les Miserables and the National Theatre’s award-winning London Road. Vivien Parry’s credits include Madge in the original cast of Top Hat, Donna in Mamma Mia! and Mrs Johnston in Blood Brothers. Joanna Riding won the Olivier Award for Best Actress in a Musical twice for her roles as Julie in Carousel at the National Theatre and as Eliza Doolittle in My Fair Lady. Harriet Thorpe’s many television roles include Carole in Brittas Empire and Fleur in Absolutely Fabulous. Her recent theatre credits include Great Britain, Wicked and Mamma Mia!.

Also starring Stephen Boswell (Top Hat in the West End) as Colin, Joe Caffrey (The Pitmen Painters for the National Theatre, and played the Father in Billy Elliott) as Rod, Jeremy Clyde (credits include The Alan Clark Diaries and The Iron Lady) as Denis, Susan Fay as Brenda, Steve Giles as Lawrence, Richard Huw (credits include Line of Duty) as John, Shirley Jameson as Miss Wilson, Judith Street as Lady Cravenshire and Karen West as the other Miss Wilson, and introducing the previously announced Josh Benson as Tommo, Ben Hunter as Danny and Chloe May Jackson as Jenny.

The Girls is inspired by the true story of a group of ladies, who decide to appear nude for a Women’s Institute calendar in order to raise funds to buy a settee for their local hospital, in memory of one of their husbands. This musical comedy shows life in their Yorkshire village, how it happened, the effect on husbands, sons and daughters, and how a group of ordinary ladies achieved something extraordinary.

The Girls premieres at Leeds Grand Theatre from Saturday 14th November to Saturday 12th December. Tickets for The Girls are on sale now priced from £10 to £45. Book online at leedsgrandtheatre.com or call the Box Office on 0844 848 2700.