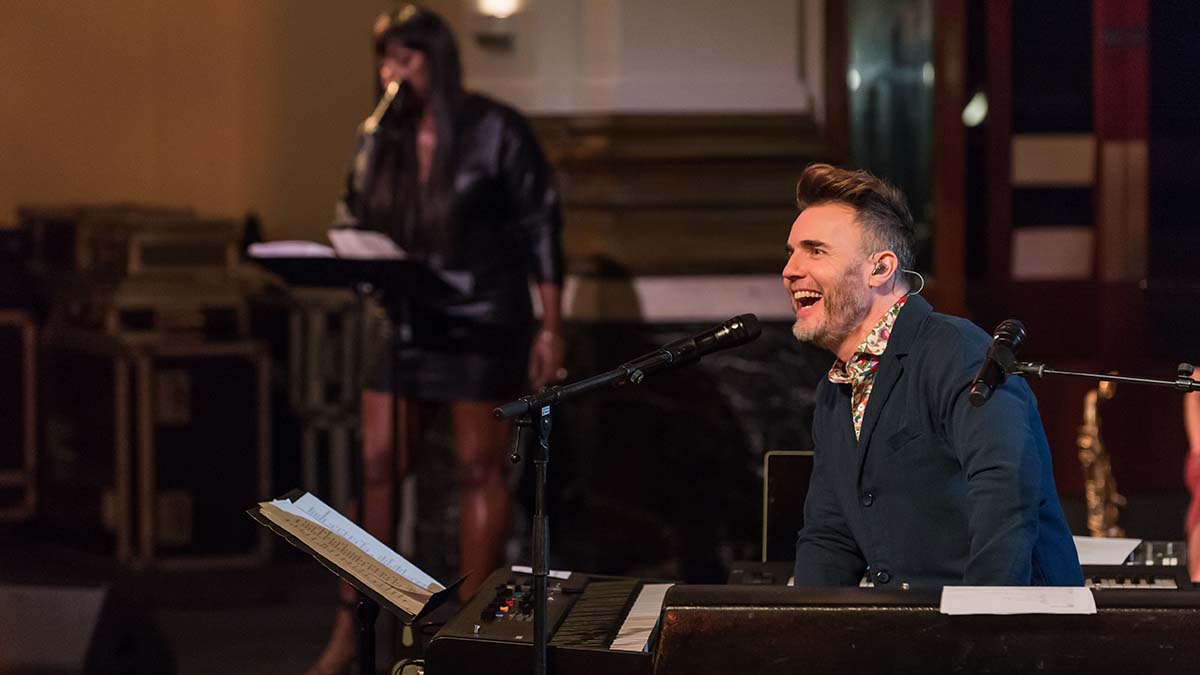 Take That star Gary Barlow is bringing new music and entertainment show ‘I’m With The Band’ to BBC One in the coming months.

Co-produced by Barlow and Penny Lane Entertainment, the programme will see Barlow bring together a supergroup of artists and musicians to perform classic songs from past and present.

Related: find out what our Top 10 Take That songs are

The band, led by Gary Barlow on keys and vocals, comprises:

Barlow also welcomes special guests to the show as Anne-Marie, with DJ and Producer Nathan Dawe and rapper MoStack, and Craig David drop by and collaborate with the band, talk about their careers and musical heroes, and perform new versions of classic tracks.

Gary Barlow said: “A key reason for me doing this show for BBC One was that I just wanted to get in a room with a load of people I love and respect and play music. We’re aiming to give artists a platform and place where they can perform and have fun. It’s simply a musical treat for everyone who loves watching the best musicians performing great songs from any genre and any decade.”

Owen Courtney, Commissioning Executive, BBC Music TV said: “I’m delighted that Gary Barlow has brought such a wonderful collection of talented artists together for this BBC One show and that the BBC can continue to bring musical performances such as this to audiences, at a time when live shows are on hold. I know it will be a very special evening.”

Lee Connolly, Executive Producer, Penny Lane Entertainment said: “Artists and musicians love to perform, and I’m With The Band (w/t) creates a platform for them to do just that. Gary continues to show, with his Crooner Sessions, how much fun it is to collaborate with fellow musicians and I’m With The Band (w/t) takes this concept further by creating a bespoke environment where artists can relax and do what they do best.”

‘I’m With The Band’ is directed by Chris Howe and Executive Producers are Mark Sidaway and Lee Connolly. It was commissioned by Owen Courtney for BBC Music.

In this article:BBC One, Gary Barlow, I'm With The Band