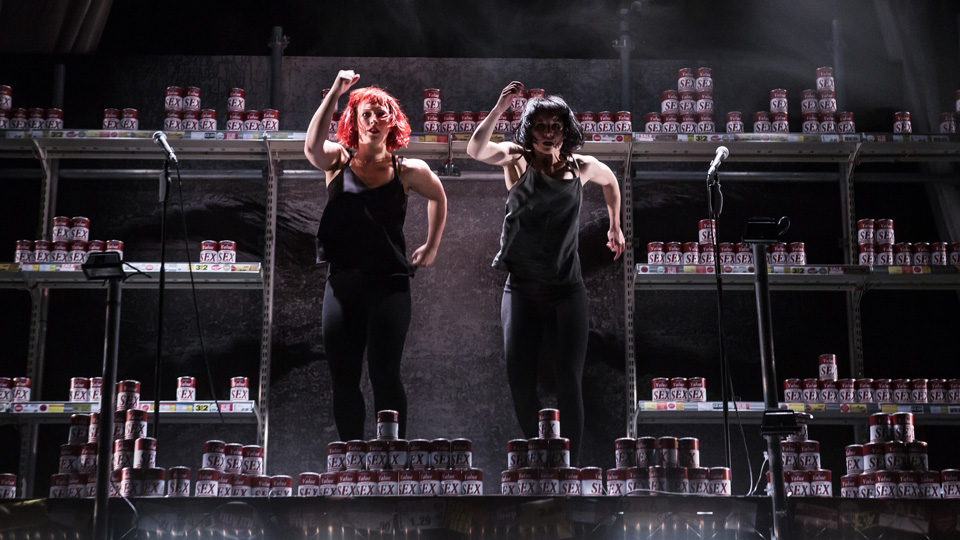 RashDash, an Associate Company of West Yorkshire Playhouse, take on pornography in We Want You To Watch, at the Courtyard Theatre from 13th October 2015.

In a world where extreme pornography is increasingly easy to access We Want You To Watch is an uncompromising exploration of what this could mean for all of us. In this high energy and anarchic performance, RashDash ask difficult questions, dance, and dare audiences to imagine a world without pornography, generating discussions that continue into the bar and long after the show has ended.

Commissioned by the National Theatre and directed by JMK award winner Caroline Steinbeis, We Want You To Watch is created by Alice Birch and RashDash. Helen Goalen and Abbi Greeland said: “The show has divided audiences, not only because of its radical content, but also because of its radical form. We hope it’s an exciting opportunity for audiences to come and engage with an important and urgent debate, because whether you engage with it or not, pornography is shaping the world we all live in. The show is different from a lot of theatrical experiences – the argument takes centre stage with no attempt to disguise or decorate it. But it’s fun and funny, complex and beautiful.”

Audiences are also encouraged to carry on the conversation online via a specially commissioned chatroom: we-want-you-to-watch.co.uk