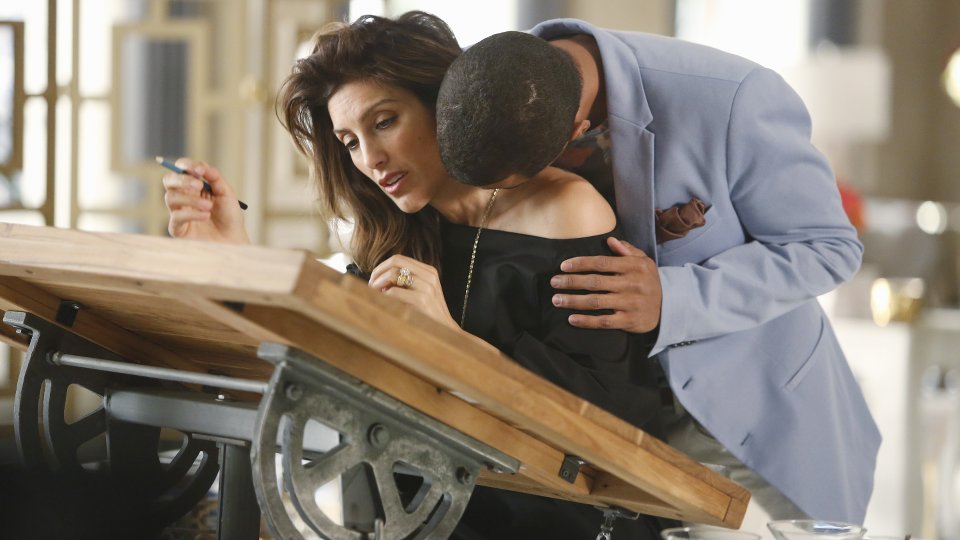 Joss (Jes Macallan) and Harry (Brett Tucker) hit the rocks this week as they struggled to make their relationship work.

Joss and Harry struggled to communicate with one another this week after Harry claimed that he didn’t get a text that Joss sent him. She proved to him that she had sent the message and they both queried why neither of them called each other. When Neko (Emmanuelle Vaugier) decided to jump in to defend Harry, Joss lost her temper and revealed that she saw him during his photoshoot with Neko cosying up to him half-naked. They agreed to stop arguing with each other and set up their first date.

Joss tried to call Harry while she was driving and was interrupted by an unexpected call from Scott (Justin Hartley). He asked her for his ring back as he was getting engaged to another woman. When she hung up the call from Scott, Joss realised she’d left the entire conversation as a message on Harry’s phone. Panicking she went straight over to the bar to see Harry and told him that Scott had called her. He confirmed that she hadn’t left a message but was a bit surprised when Joss seemed upset that Scott was getting engaged again.

The next morning Joss asked Karen for fashion advice about the dresses she’d picked up to meet Scott and then go on a date with Harry. Joss met with Scott and gave him the ring back. She apologised for the way that she behaved and told him that what they had was real. Joss then went back to Karen’s to get ready for her date with Harry and voiced her concern that all she’s doing with Harry is arguing.

During the date with Harry, Joss found herself bickering with him. They couldn’t seem to agree on anything and things soon spiralled out of control. Joss stormed out of the restaurant and went back to Karen’s. The next morning Harry broke up with Joss telling her that they had to end it until she was ready to date him.

There’s such a thing as being too grateful

Back at home April did an Internet search on Blair and was caught by Mark (Rob Mayes). He helped her research him and then found out that he’d just checked in to a local gym. Bordering on stalker behaviour April headed over to the same class to ‘bump’ into him. After the class April found an opportunity to talk to Blair and awkwardly asked him out for dinner. Blair accepted the invite and suggested they go out that night. April then found out that Blair was the object of many a woman’s affections and was advised to leave the class quickly.

During their date April’s nerves got the better of her and she couldn’t stop herself from talking. Her chatty nature left Blair unimpressed and then when Mark started texting her she had to explain who he was making things even more awkward. April called Mark for advice and he told her how to pull the date back from the brink of disaster.

The next day Blair called round to April’s house to give her a bunch of flowers. He admitted that he cut their date short because her nerves were making him nervous. Mark walked in during their conversation and introduced himself to Blair.

The next day Alec visited Karen during her marriage counselling group. He gave a speech about his marriage and suggested that Karen had changed their relationship for the good.

Calista arrived home and tried to entice Luca (Noam Jenkins) into bed. As she was cosying up to him, Luca asked her to sign some papers that allow him to launch his own range as part of Calista’s fashion line. Calista promised to ask her lawyer to look over the papers and Luca told her to do it sooner rather than later before leaving her alone.

The next morning it was revealed that Calista had been sleeping with her assistant and when he tried to give her advice about her marriage she lost her temper. When Luca returned home he went on again about the papers he wanted her to sign. He used emotional blackmail to get her to sign the papers without reading them. Calista’s lawyer came to see her and explained that she’d given Luca his own line without realising the ins and outs of the contract she’d signed.