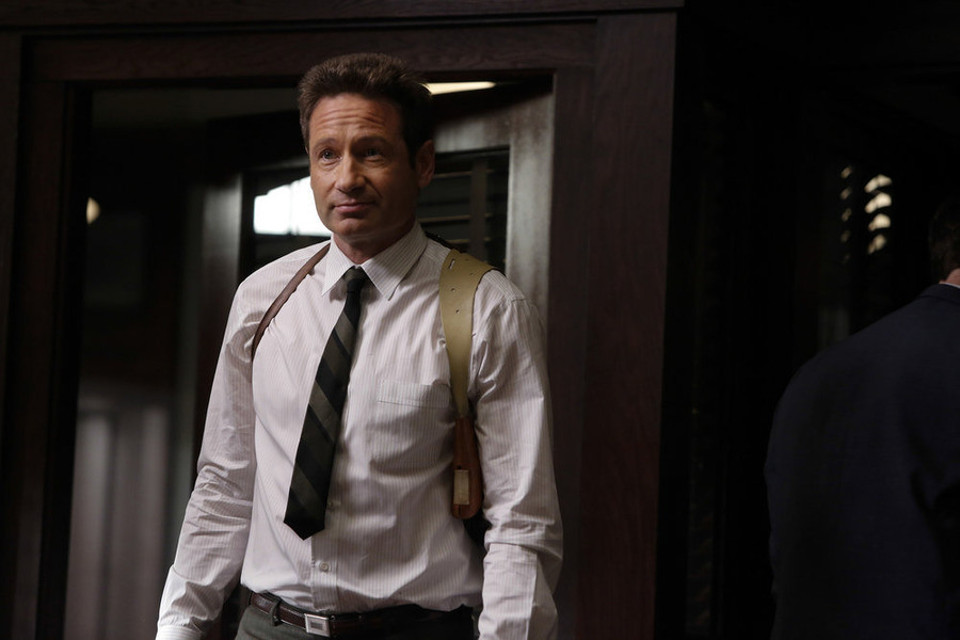 Hodiak (David Duchovny) helped Brian (Grey Damon) and Kristin (Milauna Jemai Jackson) when a rock is thrown through their window on the latest episode of Aquarius.

After investigating the racist attacks, Hodiak discovered that it was Brian’s landlord who was behind them. He was operating a scheme to drive white people out of the neighbourhood so he could sell the houses at a huge markup to non-white couples. Hodiak forced the man to agree that Brian and Kristin could stay in their house rent-free.

Elsewhere in the episode Charmain (Claire Holt) investigated the case of a battered cheerleader that led back to her football player boyfriend, Charlie (Gethin Anthony) recovered from his injuries and started to plot his revenge against Hodiak, and Grace (Michaela McManus) started to put the dots together about Charlie’s hold over Ken (Brían F. O’Byrne).

The next episode of the season is Cease to Resist. Hodiak investigates a celebrity’s murder; Sadie and Emma meet someone special from Manson’s past.

Tune in to Sky Atlantic at 9pm on Tuesday to see the episode. Preview it with our gallery below: