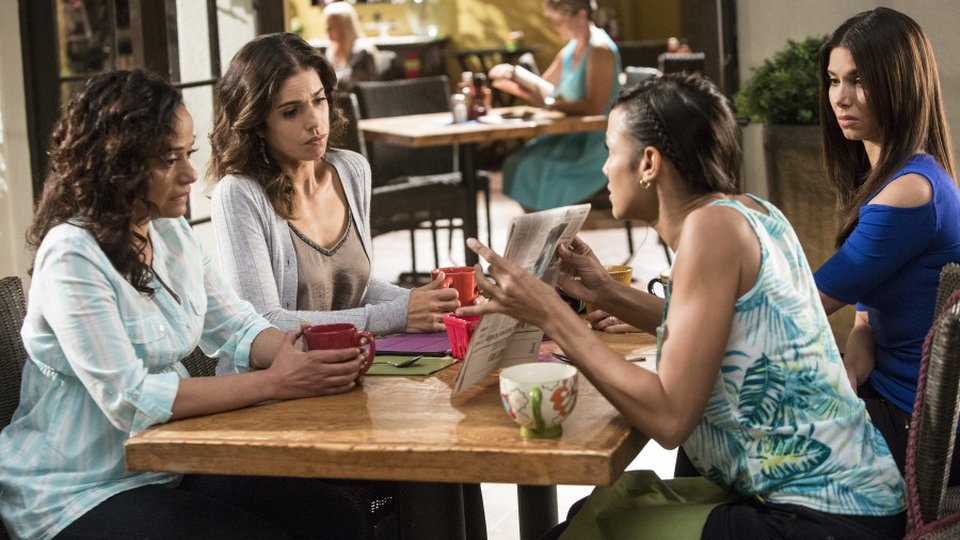 Evelyn (Rebecca Wisocky) and Sebastien (Gilles Marini) made a gruesome discovery on the latest episode of Devious Maids.

As Sebastien was showing Evelyn around a potential new house they found Blanca (Naya Rivera) dead in one of the rooms. It appeared that the maid had committed suicide and left a confession claiming to be the murderer.

Elsewhere in the episode Marisol (Ana Ortiz) realised that her relationship with Jesse (Nathan Owens) was sending out the wrong message about her business, Carmen (Roselyn Sanchez) was offered a record deal by Sebastien’s wife Jacklyn (Michelle Hurd), Rosie (Dania Ramirez) became suspicious of Katy’s (Grecia Merino) origins, and Zoila (Judy Reyes) finally got rid of her wayward sister.

The next episode of the season is Cries and Whispers. Carmen gets creative when her new boss invites her on a double date. Zoila gets in the middle of Genevieve and her new boyfriend. Marisol discovers a new side of Jesse. Rosie and Ernesto disagree about her working at the Stappord home. Taylor struggles to deal with the aftermath of the police’s latest discovery.