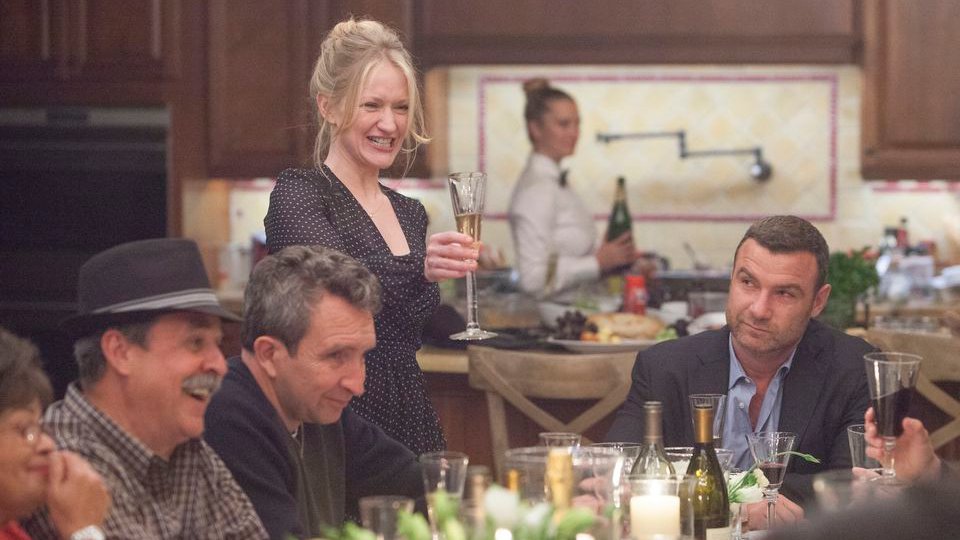 Ray (Liev Schreiber) was called upon by Finney (Ian McShane) to solve a major problem for him on the latest episode of Ray Donovan.

After Paige (Katie Holmes) decided to break things off with Varick (Jason Butler Harner), the poor guy appealed to Finney to keep him around the family. It also turned out that Varick and Finney had been way more than friends, something Finney wasn’t all that keen to have aired in public. After a kiss, Finney told Varick he felt nothing and hit him with a poker knocking him to the ground and killing him.

Ray enlisted the help of Avi (Steven Bauer) to get rid of the body and cover up the murder. He also agreed to lie to Paige claiming that Varick had run off and stolen money from their account.

Elsewhere in the episode Bridget (Kerris Dorsey) took her admiration of Mr. Donellen (Aaron Staton) to the next level when she showed up at his house and kissed him, and Terry (Eddie Marsan) agreed to move in with Ray after a heart-to-heart with Abby (Paula Malcomson).

The next episode of the season is The Octopus. An attempt to draw Mickey out of hiding jeopardises Bunchy’s wedding.