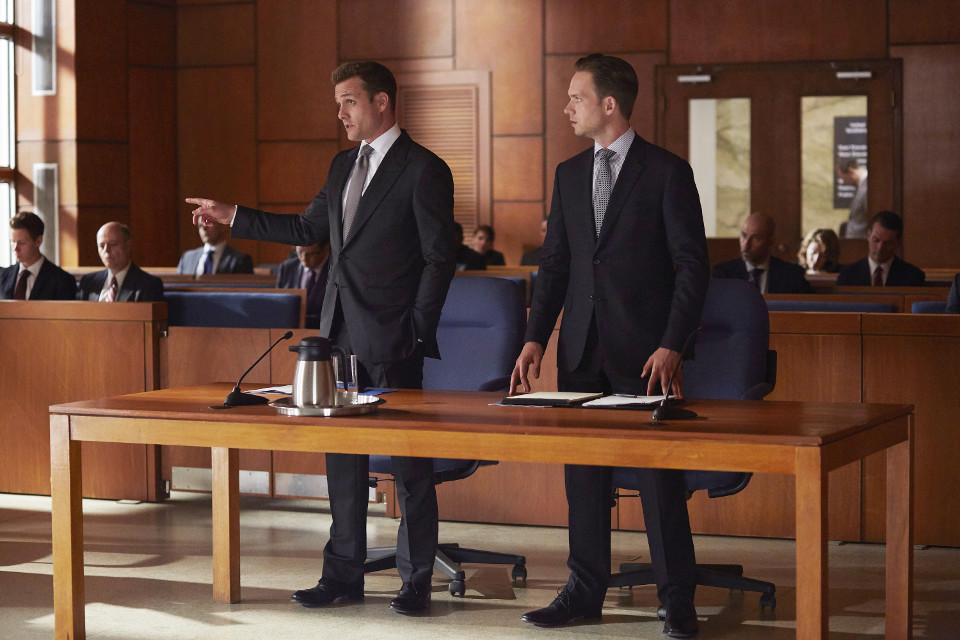 Louis’ (Rick Hoffman) sister Esther (Amy Acker) asked him for help on the latest episode of Suits but it wasn’t his help she wanted.

Esther needed a lawyer to handle her divorce case and she asked Louis to ask Harvey (Gabriel Macht) to represent her. Harvey took on the case as a favour to Louis and promised him that he wouldn’t sleep with her. That proved to be much harder than he thought when Harvey found himself attracted to her.

Elsewhere in the episode Mike (Patrick J. Adams) and Robert (Wendell Pierce) continued their class-action suit and butted heads when Mike felt that the settlement offer was too low. Things were made worse when Mike discovered that Robert had inside knowledge of a company associated with their suit. Also Harvey finally attempted to make peace with Donna (Sarah Rafferty) for thanking her for the 12 years she worked for him.

The next episode of the season is Toe to Toe. Harvey’s rival claims to be a changed man; Harvey’s sessions with Dr. Agard (Christina Cole) continue; Jessica (Gina Torres) asks Louis to make things right between himself and Harvey.