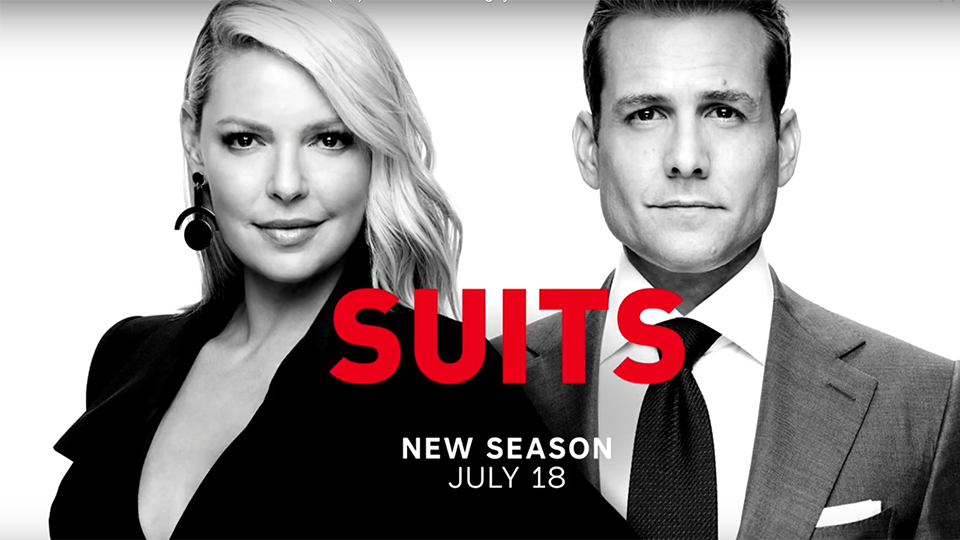 Katherine Heigl is making her presence known as new character Samantha Wheeler in the first full trailer for Suits season 8.

The 30-second spot quickly establishes that although Heigl’s Samantha Wheeler has joined Spector Litt as a partner, she’s not exactly winning any friends. In the trailer Samantha clashes with Harvey (Gabriel Macht), Louis (Rick Hoffman) and Alex (Dulé Hill).

Another scene shows Donna (Sarah Rafferty) looking concerned and saying, ‘Harvey, we need to figure out what we’re going to do about this woman’.

Heigl’s addition to the Suits cast comes following the departure of Patrick J. Adams and Meghan Markle as Mike Ross and Rachel Zane respectively. Those two character left in the season 7 finale after getting married and deciding to set up their own clinic away from Spector Litt.

Of course we all know that Markle’s departure was due to her getting married to Prince Harry but we’re glad that her character Rachel wasn’t killed off and that she got a happy ending with Mike.

Season 8 of Suits is switching things up a fair bit with Dulé Hill and Amanda Schull being bumped up to series regulars. The season 7 finale saw Spector Litt merge once again, this time with Robert Zane, and it set-up the premise for Jessica Pearson’s (Gina Torres) spin-off.

Ahead of the new season premiering, we’ve already put together a list of the 10 things we’d like to see as Suits moves into a new era.

Suits returns to USA in the US on 18th July and the show is expected to premiere the day after on Netflix in the UK.

Advertisement. Scroll to continue reading.
In this article:Katherine Heigl, Suits