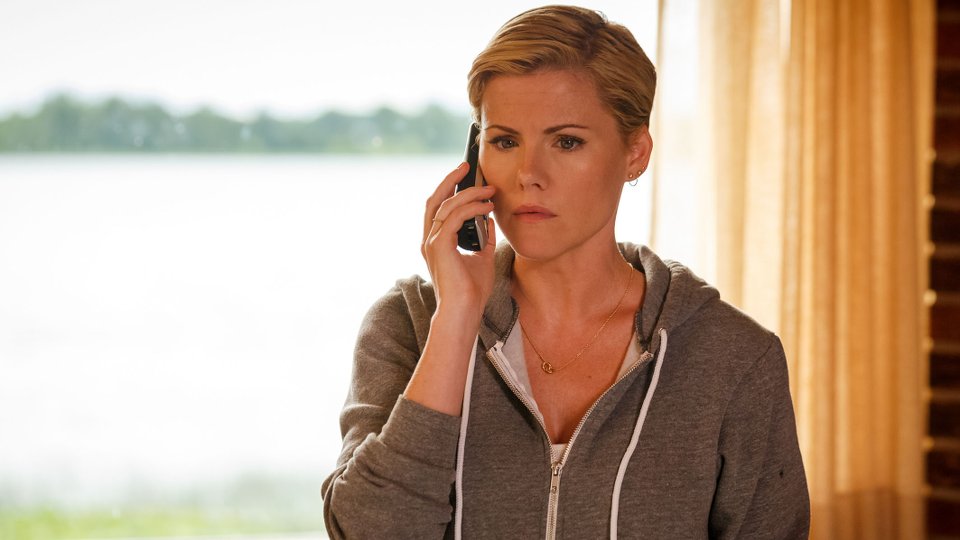 Kathleen Robertson is one of the most versatile and compelling actresses on TV.

She’s been winning critical-acclaim for her role as Hildy Mulligan in Murder in the First and has a long list of credits to her name including Beverly Hills 90210, Boss and Bates Motel. Her latest project is the epic mini-series The Fixer, which begins in the UK this week.

We called Kathleen up to find out more about the show, talk about nuances of her character Ellie Molaro, and discuss how this character compares with her Murder in the First character.

Your new show The Fixer kicks off on FOX in the UK this week. Give us a little bit of an insight into what the show’s all about.

The Fixer is a 4-hour original action-thriller mini series that we shot in Montreal. It’s directed by Peter Howitt who did Sliding Doors and it stars myself and Eric Dane. I play a character named Ellie Molaro and she’s an investigator with the National Accident Investigation Agency. There’s this huge oil rig disaster that happens at the beginning of the series and she becomes suspicious that things aren’t what they seem to be, and that the official answers she’s been given are off.

She meets this guy who’s a mysterious, secret, underground character named Carter, played by Eric Dane, and he tells this isn’t what it appears to be. He tells her it’s not an accident and that there’s this underground crew of people called ‘Fixers’ and there’s this conspiracy that’s behind all of the worst disasters in the country. He convinces her to go with him on this journey to find out who these people are and take them down. Ellie very reluctantly decides to do it.

It’s very much a journey for these two characters who are very unlikely opposites that come together and go on this journey together. It’s full of action and very high-energy and high-adrenaline. It also has some really nice character stuff and really great relationship stuff between them. It has it all! From a writing point of view I think they really nailed the tone that will make everyone get something they want.

It’s established early on in the first episode that Ellie is a bit of a loose cannon. How would you describe the character?

We come to learn about Ellie’s backstory, which is a very tragic one. It’s essentially that her entire family was killed in a horrific accident that happened on a bridge. It’s her secret and her thing that she’s lived with for her entire life because she was the only survivor and it’s the thing that drew her into this world and into this job in the first place. She’s someone I think who has lived with a lot of pain and she’s broken but she puts on a really good front. If you met her you would think this women is really smart and really together, and she’s got it all figured out but she doesn’t.

She’s searching and when she meets Carter he links in that accident (that killed her family) and links it into present day. It’s the thing that propels her to move forward and makes her to decide to investigate this even if it seems crazy. She’s going to see where it leads her because she can’t take the risk of not doing that. It was a fun character to play. She’s very much a fish out of water and it’s not her comfort zone being in this world with this guy running around with explosions, guns, water and the car chases. It’s fun that the writers didn’t make turn into this badass character that all of a sudden becomes this different character. She’s very much true to who she is and like ‘how did I get immersed in this and how the hell am I going to get myself out in one piece?’

We were definitely in it together you know? We had a lot of stunts and it was us in ever scene. We didn’t have a lot of downtime and it was a really ambitious shoot. You never have as much time as you want with any movie or any TV show so it was long hours and lots of jumping in the water together, getting filthy, sweating and running around. We were definitely both exhausted by the end of the shoot and ready to have R&R and relaxation time. It was an intense shoot for sure.

From the very first episode of the show, The Fixer looks really epic. The scale is impressive. What was it like to work with all of those stunts and big set pieces?

It’s fun. I still haven’t seen it yet. I’ve only seen the trailer and even watching the trailer I forget I was in it and I was watching it as an audience member thinking ‘oh my God this looks huge, it looks massive!’ When you’re in it you’re just doing you’re job as an actor and as a piece of the puzzle. You don’t really realise in the end how it’s going to look. I was definitely impressed with the way it looked.

In your career to date you’ve played lots of strong and at times feisty women. What attracted you to the role of Ellie?

I just liked the duality, that you think she’s one thing and she appears to be a very strong, together women but then you find out her backstory is very tragic. She has a lot of sadness in her life. I always love playing the duality and I’ve played a lot of these characters lately so I don’t know what that says about me; someone who appears to be very strong on the outside but is actually quite vulnerable on the inside.

As well as starring in The Fixer, you’ve also been on our screens in the second season of Murder in the First. How do the two experiences compare?

It’s funny. They maybe seem like the characters are the same on the outside but I think they’re quite different. Hildy Mulligan, the character I play on Murder in the First, is very tough and generally at easy in any situation. She can go into any dangerous environment and be completely in her comfort zone. Ellie, she’s not in her comfort zone and this is definitely a world she’s been dropped into and is all of a sudden having to survive in an environment that’s not easy for her. I think actually they are quite different in terms of their inner struggle.

Why should viewers in the UK tune into The Fixer when it starts this week?

I think it’s a really, really fun ride. It’s super entertaining. I think that a lot of times big action pieces have no heart but I think this has heart as well. It’s what you always hope for in these big shows, that you’ll find something to connect to in the characters and care about them beyond ‘wow look at this epic setpiece and this explosion!’ I think for me that’s what really drew me to playing it. Ellie Molaro as a character is a really dynamic and interesting character and I think people will connect to that. That’s the hope anyway!

The Fixer starts Friday 4th September at 10pm on FOX.

In this article:Eric Dane, Kathleen Robertson, The Fixer