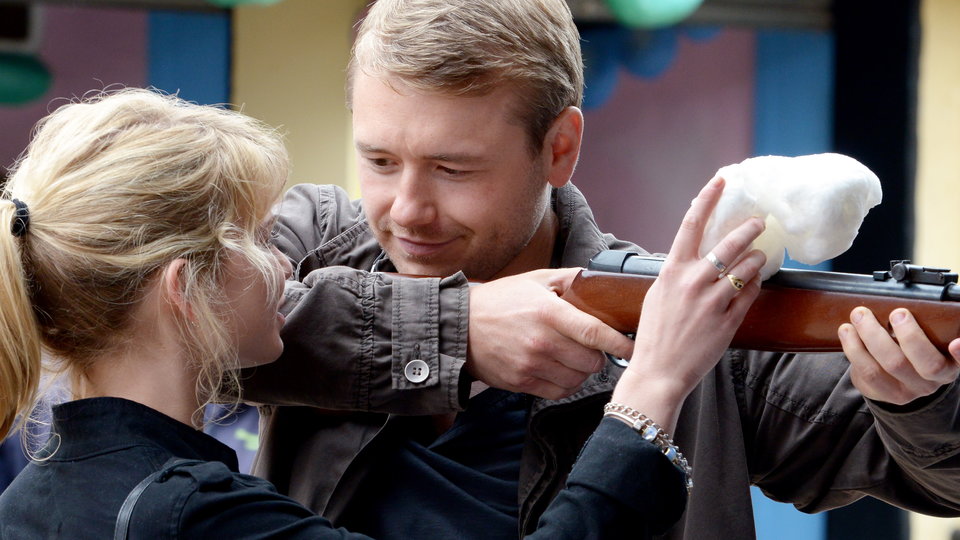 Pleasure Island is a compelling gritty crime thriller about redemption and facing the past. The film brings together an impressive array of up-and-coming talent including Ian Sharp, Gina Bramill and London Film Festival award-winner Conner Chapman, as well as established and familiar actor Samuel Anderson.

Achilles Entertainment has brought together a host of exceptional British talent, for Pleasure Island, shot entirely on location in the Northeast of Britain.

Dean (Ian Sharp) is a young man returning to his hometown after many years abroad in the Army. In his absence a local crime and drug-running syndicate has taken an uncomfortable hold on the town including his estranged father Tony (Nicholas Day) and childhood friend, Jess (Gina Bramhill). Dean is drawn back to confront his demons, and confess a secret to Jess, only to discover she has been struggling since the untimely death of her husband.

Whilst attempting to raise her child and battling a crumbling economy and dearth of opportunities, she has been pulled into the harsh criminal underworld that has engulfed the town. When her life and the life of her son are threatened Dean is forced to use his military skills to exact a brutal justice on the town he once called home.

Pleasure Island is out on DVD August 31st.