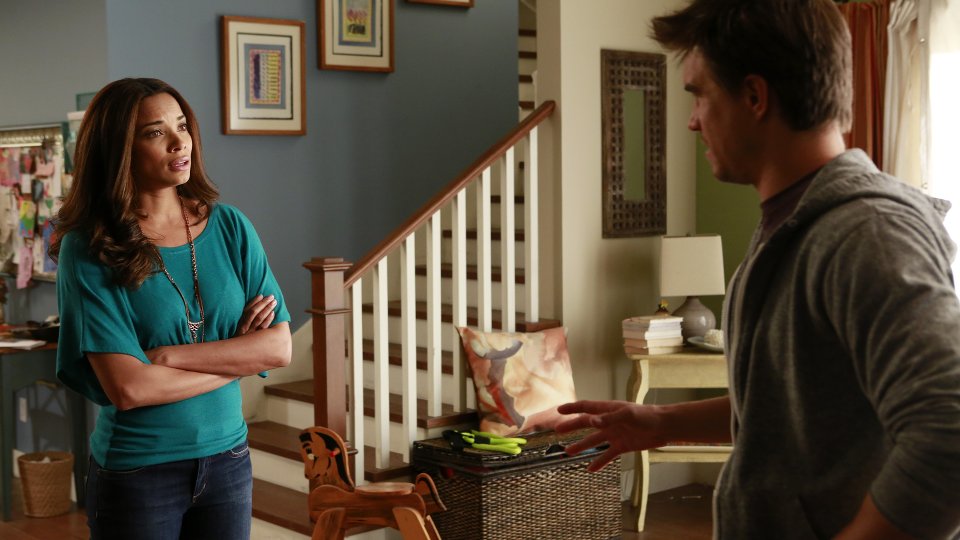 Mistresses returned in the UK last night and it picked up exactly where it left off after the explosive season 2 finale.

Joss (Jes Macallan) realised that her actions have cost her dearly when Savi (Alyssa Milano) left town after seeing Joss getting hot and heavy with her ex-husband Harry (Brett Tucker). Not only that but Joss had to tell Scott (Justin Hartley) the truth after ditching him at the altar. With Savi gone, Joss struggled to decide what to do with Harry.

Elsewhere in the episode April (Rochelle Aytes) tried to build bridges with Lucy (Corinne Massiah) by introducing her to her half-brother, Karen (Yunjin Kim) was furious when her doctor asked her to have an operation that would save his wife’s life, and Calista (Jennifer Esposito) made her first appearance as she tried to track down her cheating husband.

The next episode of the season is I’ll Be Watching You. New friendships are forged, relationships are set on a complicated course and mysterious plans are set in motion.