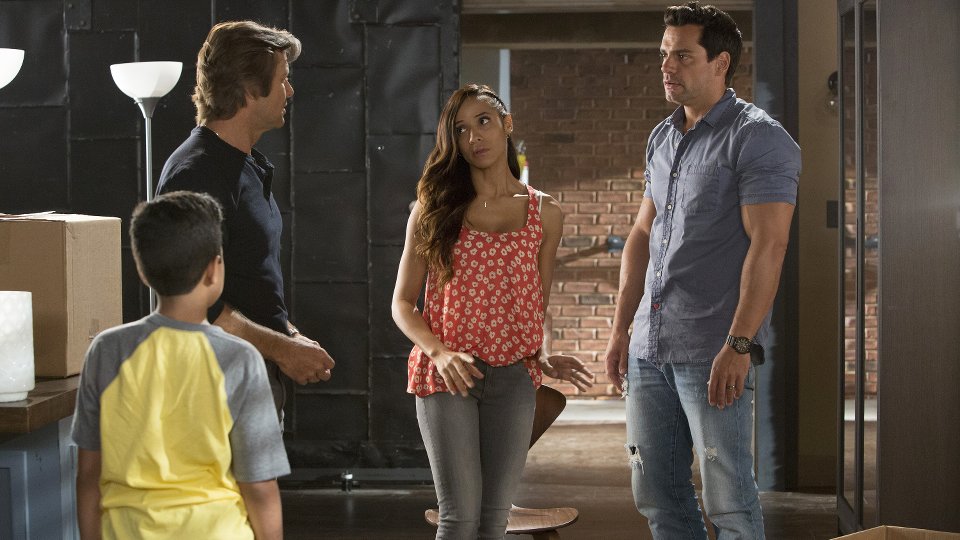 The identity of the murder victim was revealed in the latest episode of Devious Maids.

After Jesse (Nathan Owens) found a severed hand, the police were able to identify the body parts as belonging to tennis pro Louie Becker (Eddie Mills). It was also revealed that Louie had enjoyed an affair with Genevieve (Susan Lucci) who the police put on their list of suspects.

Elsewhere in the episode Blanca’s (Naya Rivera) disappearance caused intrigue with Taylor (Brianna Brown) claiming that the maid quit her job and left town, Carmen (Roselyn Sanchez) found herself in a bizarre sexual situation with Adrian (Tom Irwin), Genevieve was asked out by her doctor, and Ernesto (Cristian de la Fuente) continued to cause problems for Rosie (Dania Ramirez) and Spence (Grant Show).

The next episode of the season is The Talk of the Town. Zoila discovers a secret from Genevieve’s past; Rosie is torn between Ernesto and Spence; Marisol tries to fight her attraction towards Jesse; Carmen is outsmarted by Adrian; Taylor reaches her breaking point.