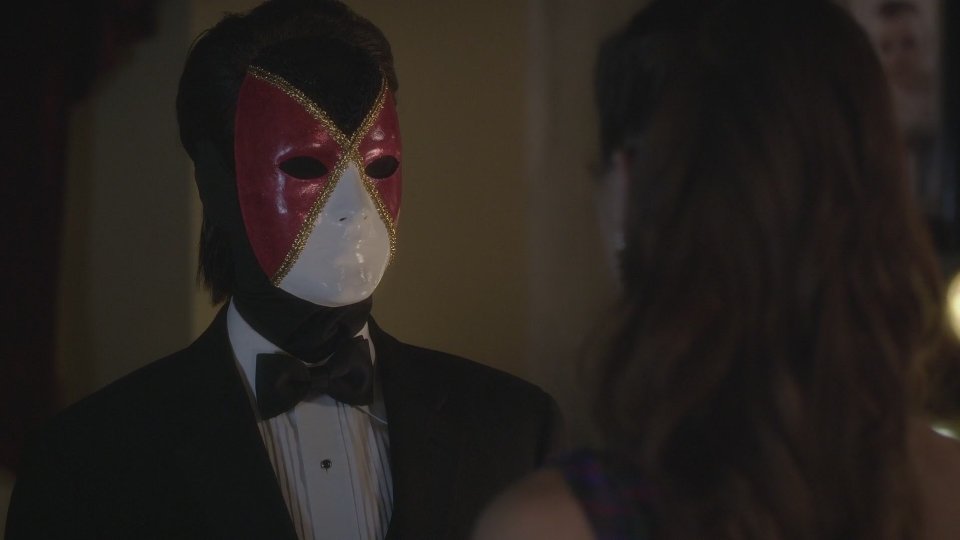 Pretty Little Liars finally unmasked A during its summer finale, 5 and a half years after the original mystery began.

If you haven’t seen the summer finale of Pretty Little Liars and want to avoid spoilers we suggest you stop reading now. If you have seen it and want to hear our thoughts then keep reading.

Predictably the much-hyped reveal was met with a very mixed response from PLL fans. Show creator I. Marlene King has kept us on our toes and anxiously waiting for a long time so the reveal was never going to satisfy everyone. PLL fans have been throwing around theories about A since the show began and a large majority of the show’s fanbase expected the reveal to be Wren Kingston (Julian Morris) with Melissa Hastings (Torrey DeVitto) as his accomplice Red Coat.

During Game Over, Charles it was revealed that A, who we were told at the end of season 5 was Charles DiLaurentis, was actually Charlotte who we’ve known since season 3 as CeCe Drake (Vanessa Ray). CeCe was a frontrunner for being Red Coat but no one expected that she would be A or that A would be revealed as a transgender character.

As fan furore and debate powers on, we’ve put together some thoughts on the reveal and what we think about it.

Why it makes perfect sense

CeCe being revealed as A actually makes a whole lot of sense. Sure if you look closely at every single plot point not everything adds up but the overall narrative fits pretty well. CeCe was always a mysterious and duplicitous character that the liars never particularly trusted. It would make sense that she befriended Alison (Sasha Pieterse) as it was the perfect way to get closer to her sister without revealing the truth about who she really was.

From the many revelations in Game Over, Charles the one thing that rang loud and clear is that Charlotte felt cut off from her family and essentially completely neglected. She couldn’t be the person she wanted to be because her family simply didn’t accept it. Her good intentions towards Ali, the led to the near ‘drowning’ incident, were done out of love not malice but it seems that Kenneth (Jim Abele) wasn’t all that fond of Charles as a youngster.

It was interesting to see Jessica (Andrea Parker) actually behaving warmly towards one of her children, as throughout her life she was pretty awful to them. Covering up Charles’ transition to Charlotte was a bad move on her part but she saw it as the only way she could have Charlotte in her life without repercussions from the rest of the family.

If you think about it CeCe, either in person or in name, popped up in all the right places at the right times. Some PLL fans have complained that we hardly knew her but had she been a series regular and appeared in every single episode then it would have been less believable surely? How would she have had the time to be A and be involved in the lives of the liars on a day-to-day basis?

The reveal also gives a twist on what happens in the books that the show is based on. After Mona is outed as the first A, and then killed, the second A is revealed to be Courtney DiLaurentis, the twin sister of Ali. Had the series followed the plot of the books exactly it would have been easy to figure out who A really was so the twist of Charles becoming Charlotte and pretending to be Ali’s mysterious friend CeCe is one that worked for us.

In every single community whether it be straight, gay, trans etc there are people of all varieties both good and evil. Surely it’s a good thing isn’t it for the show to do something different AND highlight the struggle that SOME, not all, transgender people go through in terms of the way they are treated by their family? The show is in no way saying that transgender people are bad, it’s simply saying that this particular character is a product of their environment, which we all are aren’t we?

What about the incest?

One area of fixation for PLL fans has been the relationship that CeCe had with Jason DiLaurentis (Drew Van Acker) earlier in the series. Whilst yes this is very creepy, don’t forget that CeCe aka Charlotte was very messed up and just desperate to be a part of her family in any way that she could. Charlotte admitted that their relationship never got very far and it was far from physical, but the thought of sibling intimacy is never one that’s going to sit comfortably. It’s led a lot of fans to speculate that Marlene King hadn’t really thought about who A was at that point but we don’t agree with that theory. Surely it’s the perfect plot development to through everyone off track?

What about the Red Coat and Black Widow reveals?

OK we’ll admit that the Red Coat and Black Widow reveal was the most under-whelming part of the episode. We definitely didn’t expect it to be Sara Harvey (Dre Davis) although it was clear she was involved in some way when she refused to go into the secret room at the Carissimi Group. Perhaps the most disappointing thing is that Sara was both Red Coat AND Black Widow, and as one critic has already pointed out why was she wearing a black veil at Wilden’s (Bryce Johnson) funeral if no one would have known who she was?

Potentially Sara’s backstory could play a big part in the second half of season 6 and we know that she’s definitely sticking around. We want to know how she came to know Charlotte and why she decided to work for her? Like Alison, Sara faked her own death and she must have planted in the dollhouse to fool the liars. We’re most interested in the impact it will have on Emily moving forward as the two girls had just started to explore a romance.

Pretty Little Liars returns for the second half of its sixth season in 2016.