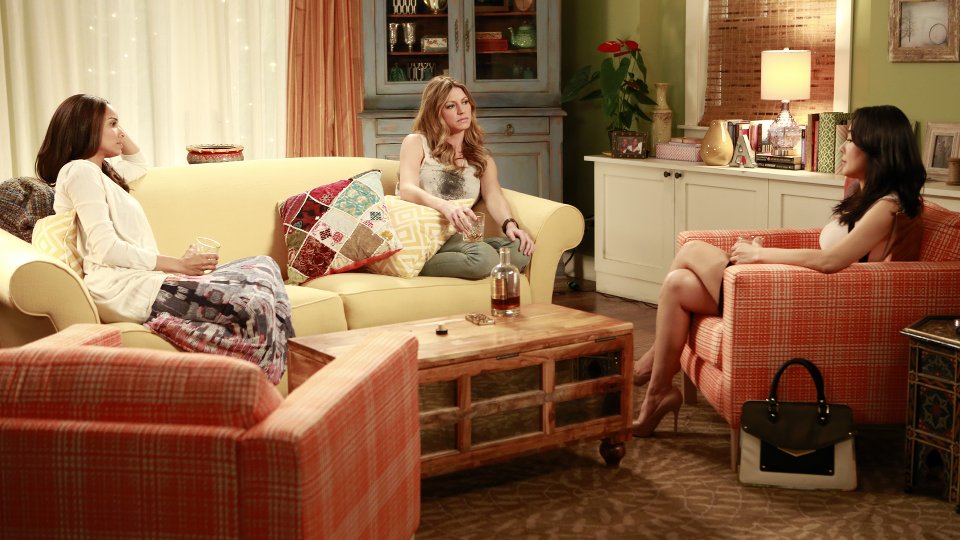 Mistresses returns on Wednesday to TLC in the UK and we’re finally going to find out what happens next after Savi (Alyssa Milano) caught Joss (Jes Macallan) making out with Harry (Brett Tucker) on the beach.

At the end of season 2 Savi went off in search of Harry to tell him she still had feelings for him. What she didn’t know is that Joss had ditched Scott (Justin Hartley) at the altar and run straight into Harry’s arms. The episode ended with Savi heading to the beach just as Joss and Harry were getting hot and heavy.

Elsewhere in the episode April (Rochelle Aytes) was devastated when Lucy (Corinne Massiah) found out that Paul (Dondré T. Whitfield) wasn’t really dead just as the news broke that he’d been murdered, and Karen (Yunjin Kim) had a close call in terms of her health after sleeping around with various men.

The first episode of the new season is Gone Girl. Having confessed their true feelings, Joss and Harry are making out on the beach when Karen calls with bad news and Joss races to be with Scott.