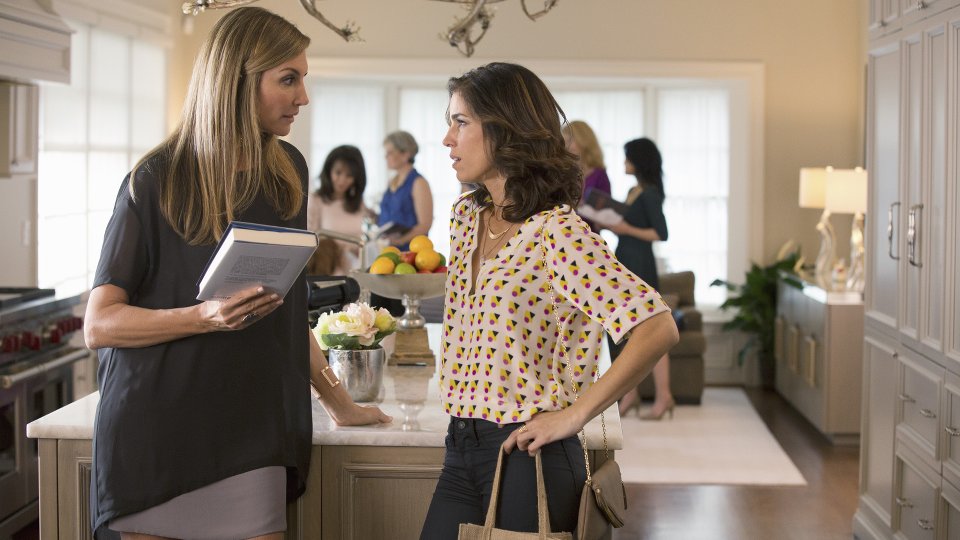 Rosie got quite the shock during the latest episode of Devious Maids when her presumed dead husband Ernesto (Cristian de la Fuente) arrived at Zoila’s (Judy Reyes) wedding.

Finding out that he was alive caused Rosie to faint during the service and when she recovered she was furious that Spence (Grant Show) had kept quiet about finding out that Ernesto was still alive. Can the two work through their issues with Ernesto back in town?

Elsewhere in the episode Zoila was jilted at the altar after revealing the truth about her baby to Javier (Ivan Hernandez), Marisol (Ana Ortiz) clashed with potential new maid Jesse (Nathan Owens), Carmen (Roselyn Sanchez) was almost caught getting intimate with Sebastien (Gilles Marini) by Adrian (Tom Irwin), and Blanca (Naya Rivera) was kidnapped after arriving back to the Stappord house.

The next episode of the season is Since You Went Away. Rosie juggles having Ernesto back in her life, Genevieve makes a heartfelt offer to Zoila, and when Jesse makes an unexpected discovery, he seeks out Marisol to help.