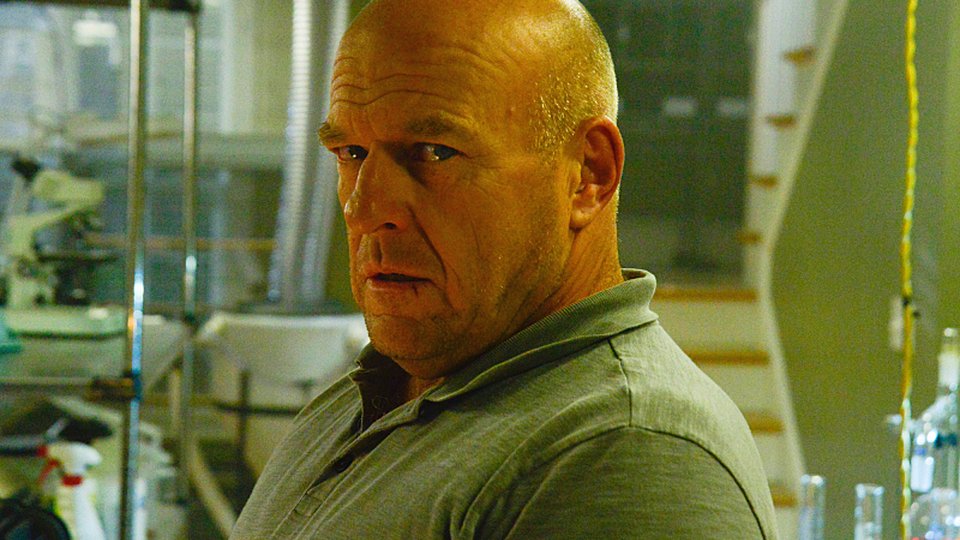 Big Jim (Dean Norris) and Julia (Rachelle Lafevre) formed an unlikely alliance in the latest episode of Under the Dome.

After being kidnapped by Junior (Alexander Koch), Julia was rescued by Joe (Colin Ford) and Norrie (Mackenzie Lintz), who were pretending to be infected so they could operate under the radar. Whilst Julia was being rescued, Junior and Barbie (Mike Vogel) rescued Christine (Marg Helgenberger) and Big Jim managed to escape from his cell. As Big Jim searched for his dog, he found Julia and the two decided to work together to get the town back to normal.

Elsewhere in the episode Hunter (Max Ehrich) almost ended his life but was saved by Joe and Norrie, an infected Carolyn (Aisha Hinds) dished out some tough love to Norrie, and Sam (Eddie Cahill) stabbed Christine.

The next episode of the season is Ejecta. A catastrophic meteor shower hits the outside world. Eva tries to indoctrinate Barbie deeper into the Kinship. Joe is forced to accept help from Sam.

Tune in to Under the Dome at 10pm on Monday on Channel 5 to see the episode. Preview it with our gallery below: