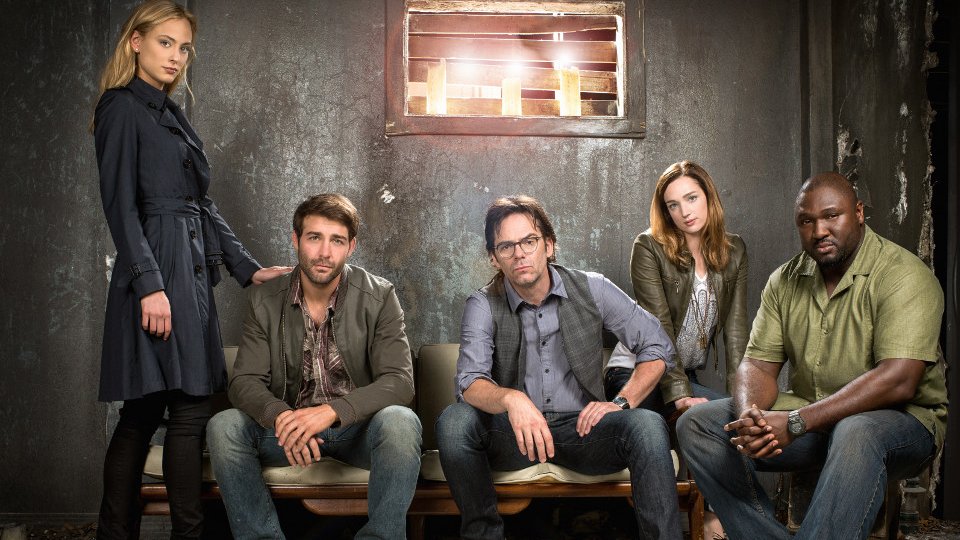 In Botswana, American zoologist Jackson Oz (James Wolk) witnesses strange behaviour in the wild animals he studies. When a group of lions viciously attack a group of French tourists on safari, Jackson manages to pull a sole survivor to safety – Chloe Tousignant (Nora Arnezeder), a French Intelligence agent. Together with safari guide Abraham (Nonso Anozie), they begin to investigate the evidence behind the increasing number of animal attacks.

On the other side of the world, journalist Jamie Campbell (Kristen Connolly) looks into recent animal attacks in the Los Angeles Zoo. Convinced the answer lies in contaminated feed, she enlists veterinarian pathologist Mitch Morgan (Billy Burke) to help her find answers.

As reports of even more animal attacks on humans increase across the globe, and the assaults become more cunning, co-ordinated and ferocious, it becomes a race against time to unlock the mystery of the pandemic before there’s no place left for people to hide.

Zoo begins on Sky 1 HD in the UK at 9pm on Sunday 16th August 2015. Preview the episode with our gallery below:

Advertisement. Scroll to continue reading.
In this article:Zoo