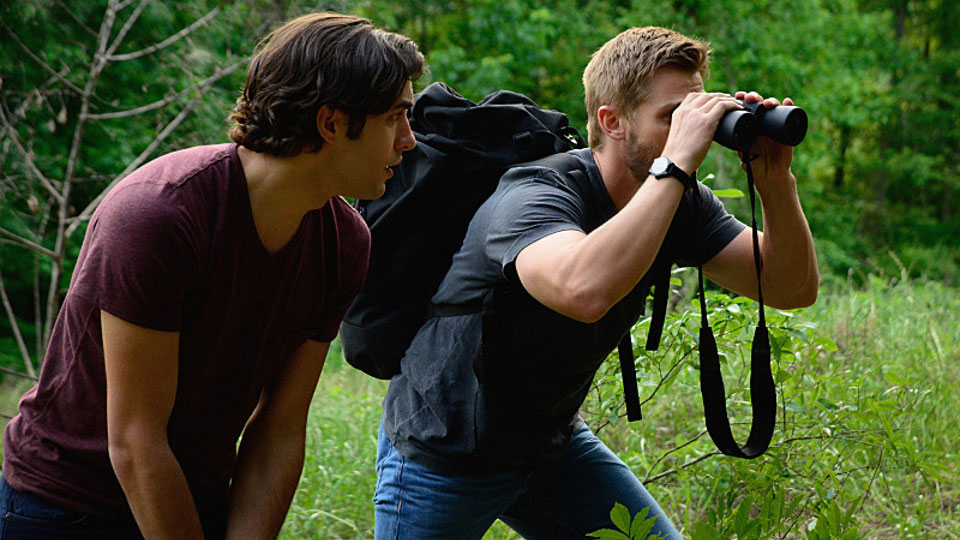 Big Jim (Dean Norris) landed in another fine mess on the latest episode of Under the Dome.

After saving his dog from Aktaion, Big Jim learned that he was going to be used to target Christine. Julia (Rachelle Lafevre) delivered Christine (Marg Helgenberger) to Aktaion at gun point. Big Jim and Julia also learned that the first person who touched the egg was the leader and saw some old footage of people killing themselves after having touched it.

Elsewhere Joe (Colin Ford) and Norrie (Mackenzie Lintz) started to suspect that something strange was going on in the town and were horrified when Hunter (Max Ehrich) blamed them for his roof fall that left him paralysed. Barbie (Mike Vogel) killed Pete (Andrew J. West) after Christine manipulated him and Sam (Eddie Cahill) found Abby (Bess Rous) dead.

The next episode of the season is Caged. When Big Jim is captured by Aktaion, he is forced to manipulate Christine for information.