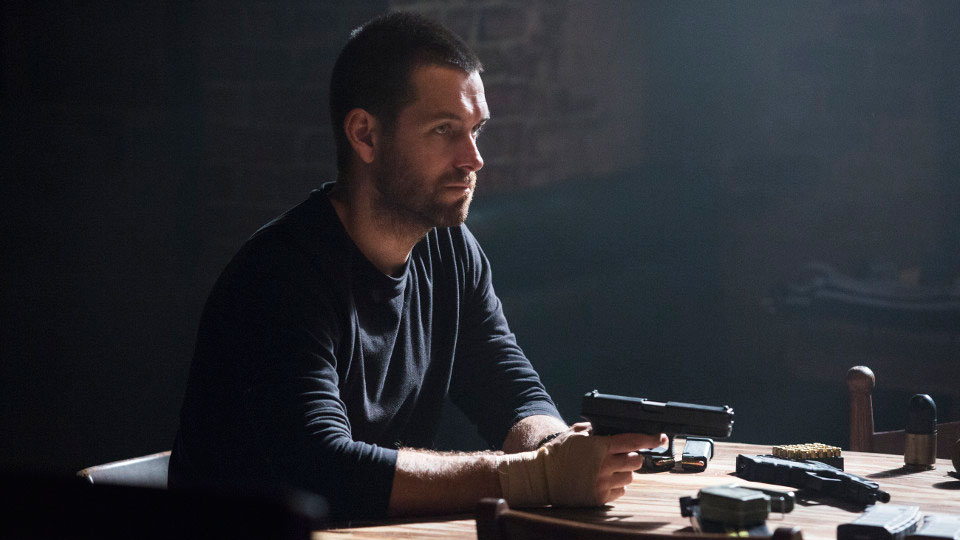 Whilst Hood got dragged into Proctor’s (Ulrich Thomsen) latest mess, his friends were targeted by Stowe who figured out that they were involved in the heist on Camp Genoa. Hood returned to Sugar’s bar to find that shots had been fired and his friends were gone. He also found a surprising ally in Gordon Hopewell (Rus Blackwell).

Elsewhere in the episode Rebecca’s (Lili Simmons) underhand dealings resulted in Proctor being tortured and almost killed by Frazier’s (Ron C. Jones) men, and we learned the story of how Hood and Job first met and became good friends.

The next episode of the season is We All Pay Eventually. In a ferocious season finale, Hood heads for a showdown with Stowe while Proctor and Rebecca target the Black Beards.

Tune in to Sky Atlantic HD at 10pm on Thursday to see the season finale. Preview it with our gallery below: