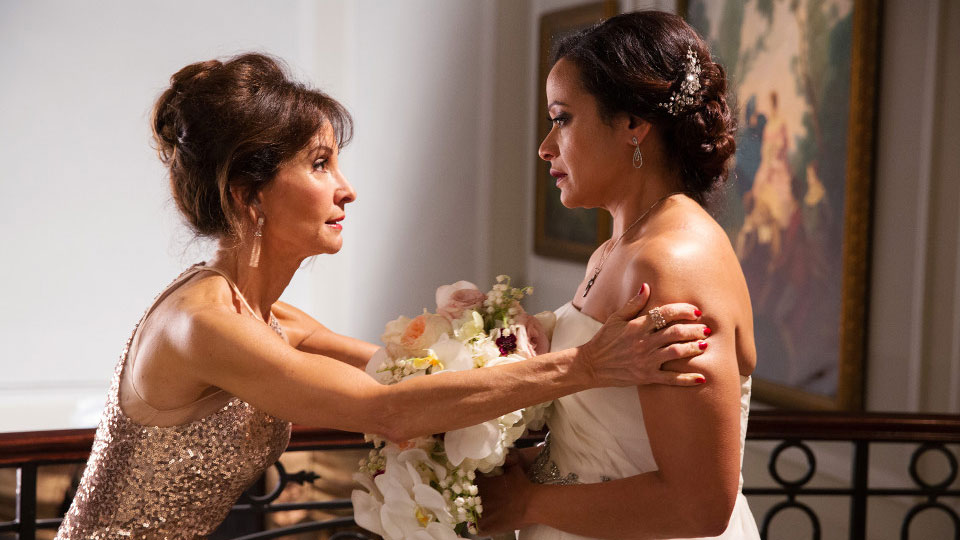 Devious Maids continued its scandalous third season last night as the mystery deepened about whose leg Evelyn (Rebecca Wisocky) found in her garden.

Whilst the Powells dealt with the shock of finding the leg, Blanca (Naya Rivera) searched for answers as to what had really gone on in the Stappord house. After briefly quitting her job, Blanca returned to work following advice from Marisol (Ana Ortiz) and blackmailed Taylor (Brianna Brown) to pay for her college tuition.

Elsewhere in the episode it was revealed that Ernesto (Cristian de la Fuente) was still alive, Rosie (Dania Ramirez) was furious when she saw the state of the apartment Spence (Grant Show) bought for them, Zoila (Judy Reyes) accepted Javier’s (Ivan Hernandez) proposal and found herself in a tight spot after reacting badly to Valentina’s (Edy Ganem) engagement to Remi (Drew Van Acker). Meanwhile Carmen (Roselyn Sanchez) pushed Marisol to help her get a job.

The next episode of the season is The Awful Truth. As Zoila and Javier prepare to get married, Genevieve (Susan Lucci) insists that Zoila listens to her advice, and Spence goes behind Rosie’s back to try to protect her.