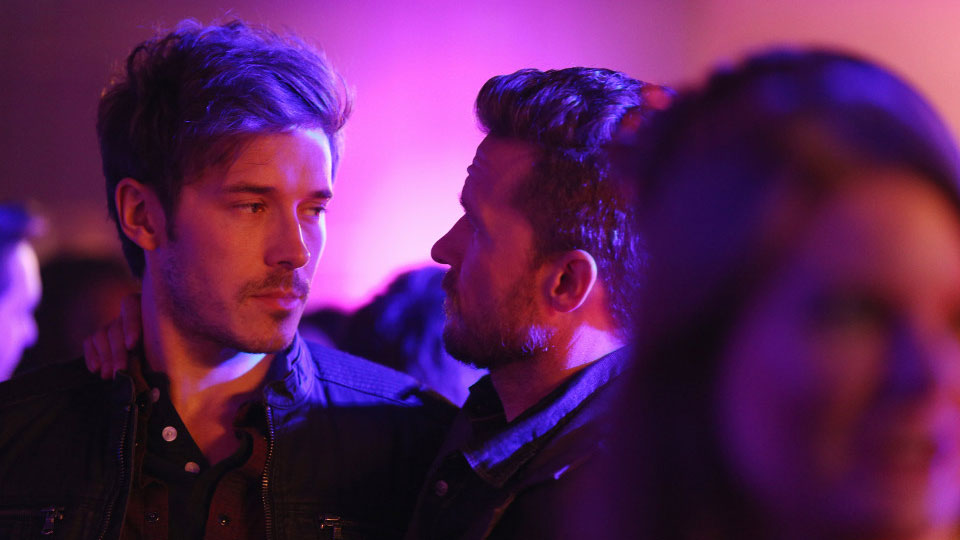 Jeff (Oliver Hudson) put his new plan into action as he continued his war against Rayna (Connie Britton) on the latest episode of Nashville.

With Rayna seemingly AWOL after calling off her wedding, Jeff saw an opportunity to wine and dine Teddy (Eric Close) so that he could convince him to sign Maddie (Lennon Stella) to his record label. For leverage Jeff decided to use blackmail to get Teddy to do what he wants by threatening to expose his liaisons with a prostitute.

Elsewhere in the episode Rayna performed at the Bluebird to stop the rumours about her whereabouts, Juliette (Hayden Panettiere) started work on a new album, and Scarlett (Clare Bowen) appealed to her mother to help Deacon (Charles Esten) live.

The next episode of the season is I’m Lost Between Right and Wrong. Rayna is furious when she finds out about Jeff’s plans to sign Maddie to Edgehill. Luke, Gunnar and Will have a night out.