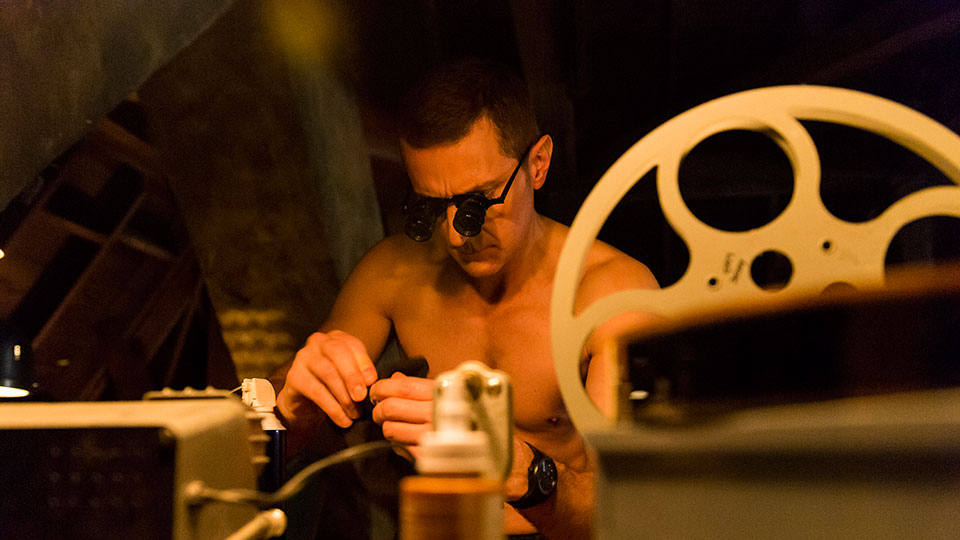 The much-anticipated time jump happened in tonight’s episode as Francis Dolarhyde (Richard Armitage) made his debut.

Francis Dolarhyde aka the Tooth Fairy was the focus of much of tonight’s episode. Three years have passed since Hannibal (Mads Mikkelsen) was captured by Jack Crawford (Laurence Fishburne) and in his absence Dolarhyde has started his rise to prominence. Without uttering a single word, we got to see Dolarhyde contorting his body and unveiling his massive back tattoo. We also saw him after committing one of the two crimes he was responsible for, covered in blood. Post the murders he kept clippings of his ‘achievements’ in a scrap book where he’d also been keeping track of Hannibal’s killing spree.

Jack reached out to Will (Hugh Dancy) to get him back on board to help with the Tooth Fairy case. Now married and step-dad to an 11-year old boy, Will was initially reluctant to leave his happy new life and go back to his old job. His wife Molly (Nina Arianda) convinced him to go back after Jack told her he was planning on getting Will to agree one way or another.

Will went to the house of one of the murdered families and he investigated the scene. After looking at the copious amounts of blood spattered around the house, Will retraced the steps of the Tooth Fairy and we saw everything that happened, blow-by-blow, as the family was ruthlessly murdered. The Tooth Fairy then smashed all of the mirrors in the house and placed them in and over various parts of his victims’ bodies.

Jimmy (Scott Thompson) and Bryan (Aaron Abrams) returned this week to help Jack and Will with the case. It’s the first time we’ve seen them on-screen this season and they got stuck in by finding a fingerprint on the eye of one of the Tooth Fairy’s victims. They ran the print and confirmed to Jack that there was no match on the system.

What of Hannibal? Well expectedly the cannibal took a smaller role this week as he lived in solitary confinement. He was visited by Alana (Caroline Dhavernas) and Chilton (Raul Esparza) who both spoke to him about his capture. Alana also warned Chilton that his recently published book would be discredited after Hannibal released his rebuttal.

Hannibal continues at 10pm on Wednesday on Sky Living HD.