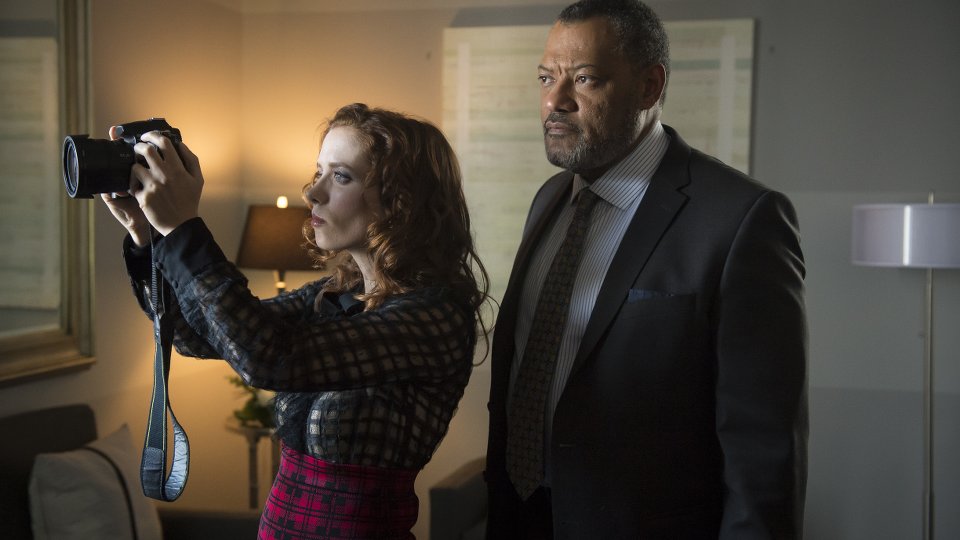 Hannibal (Mads Mikkelsen) was found out on the latest episode of Hannibal.

Despite being behind bars, Hannibal still managed to cause plenty of trouble by guiding Francis Dolarhyde (Richard Armitage) over the phone. Alana (Caroline Dhavernas) discovered that Hannibal had been communicating with the killer following an attempt to kill Will’s (Hugh Dancy) family. After listening in on a call between Hannibal and Francis, Alana and Jack (Laurence Fishburne) were furious when Hannibal tipped Francis off.

Elsewhere in the episode Hannibal admitted to Will that he sent Francis after his family but refused to tell anyone the true identity of the Tooth Fairy. Francis broke up with Reba (Rutina Wesley) after fearing he was going to cause her harm.

The next episode of the season is The Number of the Beast Is 666… The team concoct a dangerous plan to lure Francis Dolarhyde into an ambush. Plus, Bedelia issues Will with a strong warning.

Hannibal continues at 10pm on Wednesday on Sky Living HD. Preview the episode with our gallery below: