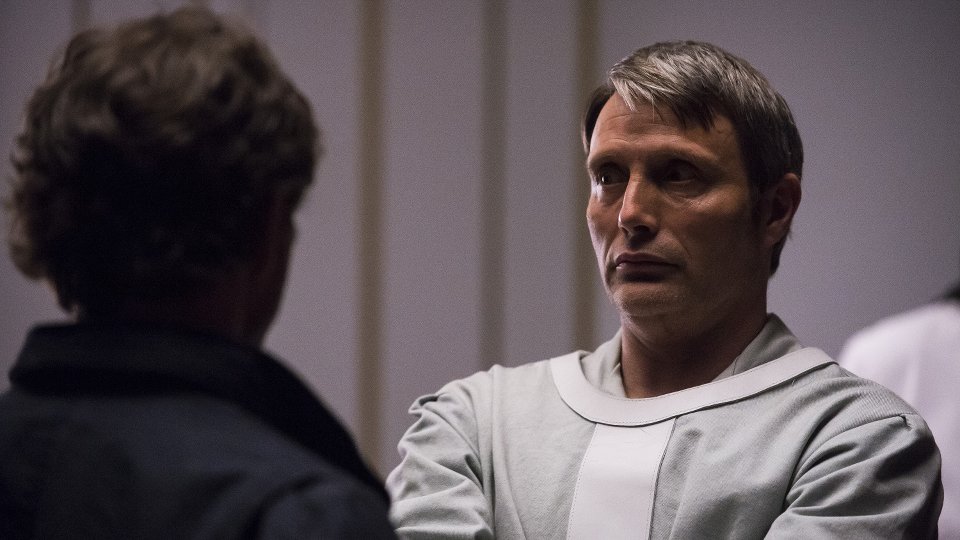 After Chilton teamed up with Will (Hugh Dancy) for a magazine interview to draw Francis out, it backfired when Francis kidnapped Chilton. Francis glued Chilton to a wheelchair, bit part of his face off and set him on fire. Amazingly Chilton lived but he realised that Will had set him up so they could get closer to Francis.

Elsewhere in the episode Will visited Bedelia (Gillian Anderson) who continued to question his behaviour suggesting that he was carrying out Hannibal’s work for him. Also Francis kidnapped Reba (Rutina Wesley) and told her about the murders he had committed.

The final episode of the series is The Wrath of the Lamb. Will hatches a cunning plot to slay Francis Dolarhyde, using Hannibal Lecter in his ploy. Bedelia voices concern about the perilous plan as Will continues his game with Hannibal, though Will may have to face his darkest fears.