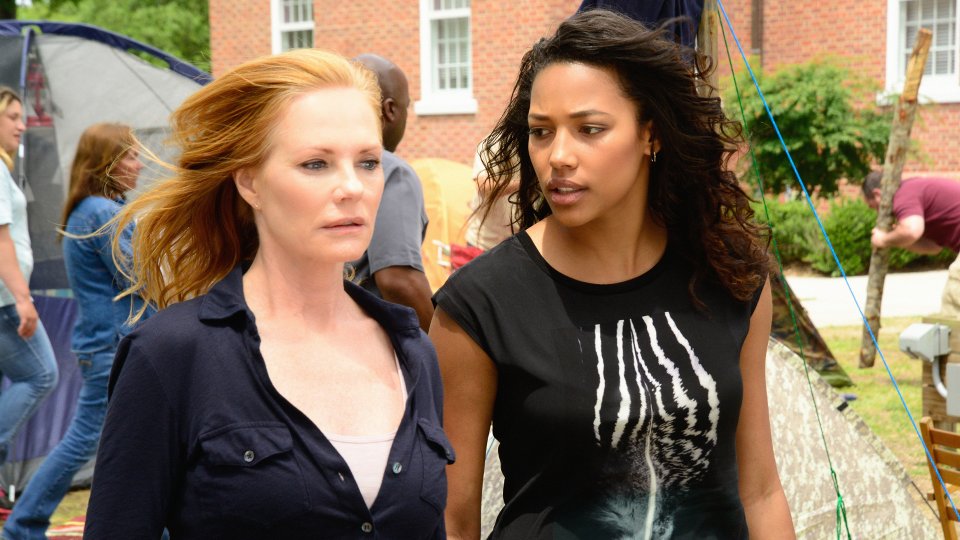 Sex was most definitely in the air and on everyone’s minds in the latest episode of Under The Dome.

Christine (Marg Helgenberger) continued to deceive the people of Chester’s Mill with only Julia (Rachelle Lafevre) and Big Jim (Dean Morris) seemingly immune to her manipulation. She set her sights on Junior (Alexander Koch) and by the end of the episode she was smearing goo from the pods on his lips and seducing him.

The next episode of the season is Alaska. Big Jim and Julia join forces to discredit Christine, which leads to new information about the Dome’s capabilities. Christine’s leadership is challenged.

Tune in to Channel 5 at 10pm on Tuesday to see the episode. Preview it with our gallery below: