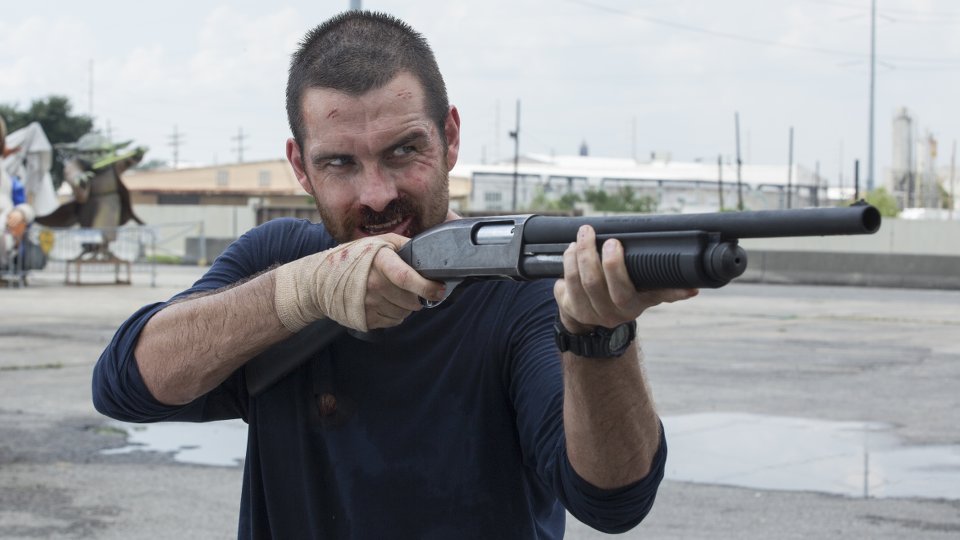 The criminal team managed to infiltrate the base without a problem but things got hairy on their way out when Colonel Stowe (Langley Kirkwood) unexpectedly arrived at the camp. Carrie and Job made it back to Sugar’s getaway truck but Hood was left to fight it out with Stowe in the underground tunnel leading out of the camp. He managed to get away after setting off an explosion but his friends were worried about his state of mind (as they should be because he was seeing Siobhan’s ghost!).

Elsewhere in the episode Carrie and Gordon (Rus Blackwell) unleashed a can of whoop-ass on Deva’s (Ryann Shane) new friends to save her from a dangerous party, Brock (Matt Servitto) insisted on helping Hood tack Chayton (Geno Segers) down in New Orleans, and Rebecca (Lili Simmons) played a dangerous game by making deals behind Proctor’s (Ulrich Thomsen) back.

The next episode of the season is All The Wisdom I Got Left. Lucas and Brock go to Louisiana in search of Chayton, while Stowe pieces together details about the Camp Genoa heist.