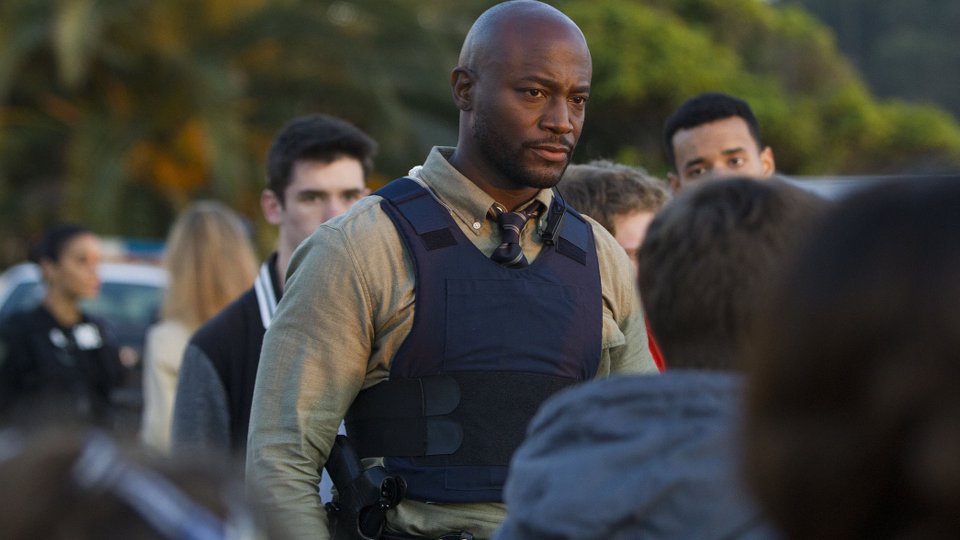 Murder in the First returned in the UK and the US last week and it wasted no time getting us hooked!

In the season two premiere Terry (Taye Diggs) and Hildy (Kathleen Robertson) found themselves witnesses to a school bus shooting that left 18 kids dead. The gunmen were two school kids, one of which ended up in hospital (and police custody) and the other who went on the run. Terry and Hildy appealed to the parents of Alfie (Jimmy Bennett), the gunman on the loose, and discovered that he was battling serious mental problems.

Terry and the team, including Hildy’s younger brother Junior (A.J. Buckley) followed Hildy’s tip that Alfie was planning another shooting at a concert in a warehouse. They tracked him down but when he gave chase they lost him.

Elsewhere in the episode Hildy was furious with her former husband after he went to Vegas without telling her leaving their daughter waiting at school.

The next episode of the season is Schizofrenzy. Tensions mount as the manhunt for the missing shooter proves to be more difficult than expected. Terry is promoted, which comes with more responsibilities than he anticipated.