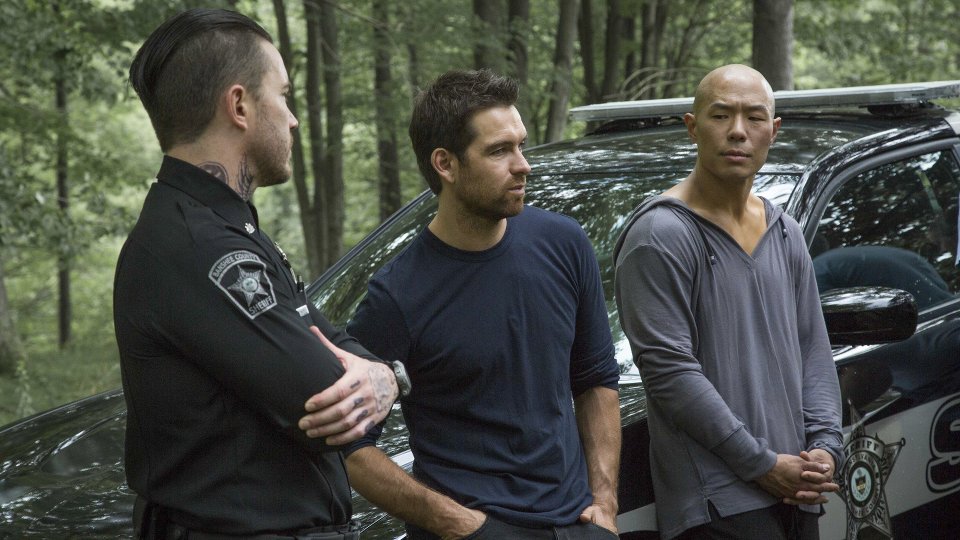 Determined to get Bunker (Tom Pelphrey) to rejoin the Brotherhood, Randall goaded Calvin mocking him at every turn and telling him he wasn’t good enough to marry his daughter. Bunker refused to rejoin Randall and promised that he would put him back in prison any way he could. Brock (Matt Servitto) narrowly prevented Bunker from shooting Randall explaining that it would cause huge problems for the town.

Eventually Calvin snapped and killed Randall. He then dismembered the body to hide what he’d done.

Elsewhere in the episode Hood (Antony Starr) and Veronica (Eliza Dushku) teamed up to try and get answers about Rebecca’s (Lili Simmons) murderer at an S&M club, Proctor (Ulrich Thomsen) burned down the barn that Hood has been staying in, Job (Hoon Lee) cleaned up his act and tried to move on with his life, and Cruz (Ana Ayora) suspected that Carrie (Ivana Milicevic) was the vigilante the police had been looking for.

The next episode of the season is Only One Way a Dogfight Ends. Hood and Veronica get a big lead, while Carrie receives some unexpected guests. Meanwhile Maggie makes a big decision.