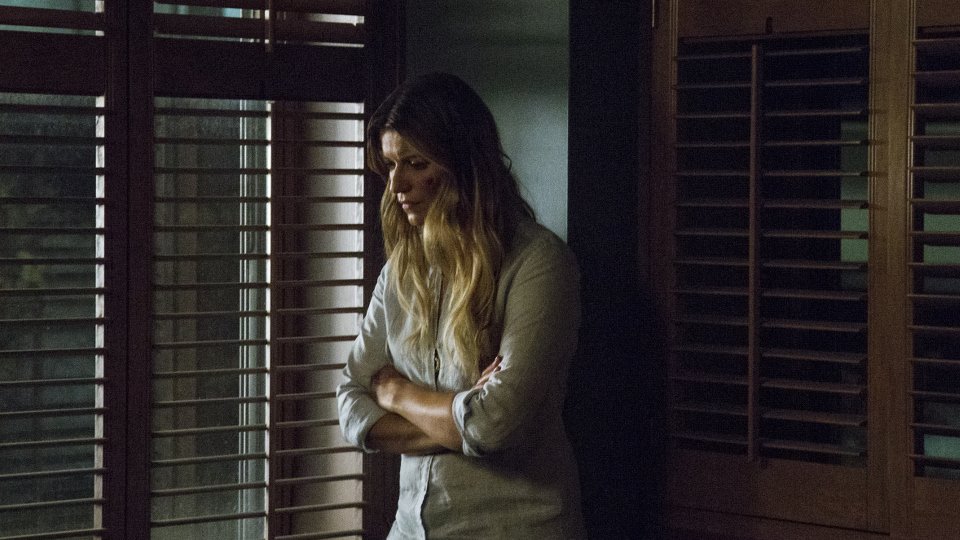 Veronica (Eliza Dushku) got herself into deep trouble on the latest episode of Banshee.

With Hood (Antony Starr) in tow, Veronica paid a visit to a former doctor who was illegally performing plastic surgery. She believed that he had operated on the man responsible for the recent spate of murders but he claimed not to know his name.

Hood lifted the doctor’s camera and they went back to the sex club to get an I.D. on the killer who was named as Declan (Frederick Weller). Veronica tracked down Lilith (Jennifer Landon), a woman who had been raped by Declan when she was a minor, and had no idea that Lilith was still very much in league with Declan.

As Veronica was about to leave the house she was attacked by Lilith and woke up strung up in Declan’s dungeon.

Elsewhere in the episode Declan threatened to kill Brock (Matt Servitto), Maggie (Casey LaBow) left Calvin (Chris Coy) exposing her affair with Bunker (Tom Pelphrey) in the process, Carrie (Ivana Milicevic) was attacked by Cruz (Ana Ayora) and Proctor’s (Ulrich Thomsen) men with Deva (Ryann Shane) getting caught up in the middle of it.

Meanwhile Calvin took over the Brotherhood after killing Randall (Chance Kelly) and went up against Proctor.

The next episode of the season is Truths Other Than The Ones You Tell Yourself. Hood and Brock go looking for Veronica. Things get tense between Calvin and Proctor.

Tune in to Sky Atlantic HD tomorrow at 10pm to see the episode. Preview it with our gallery below: