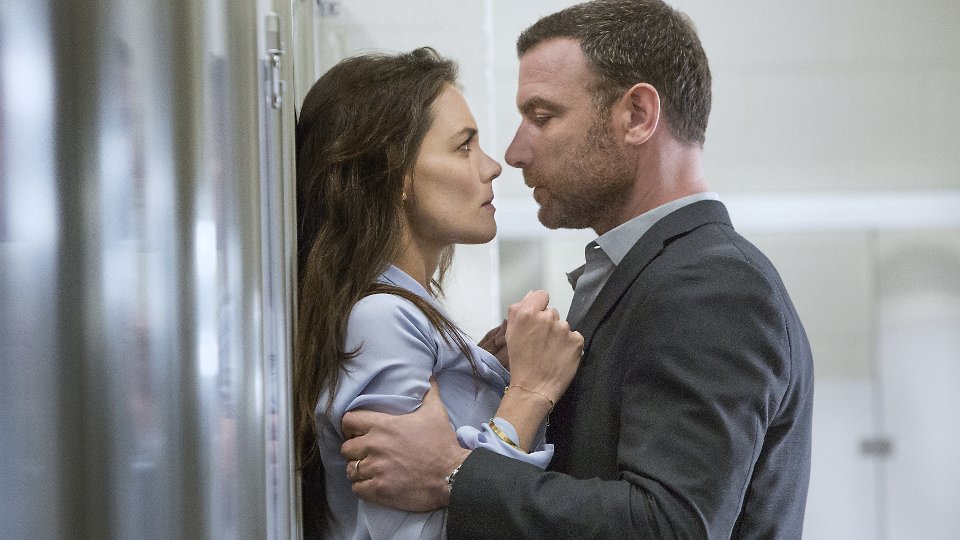 Ray Donovan (Liev Schreiber) returned to our screens this week and it seems he’s estranged from both his family and friends.

In the season 3 opener, Ray was called by Abby (Paula Malcomson) to be told that Ezra (Elliott Gould) was dead. He showed up to the funeral but was asked to leave by Ezra’s widow Deb (Denise Crosby). Abby pleaded with Ray to come home but he refused. Instead he accepted an offer from wealthy patriarch Malcolm Finney (Ian McShane) to rescue his kidnapped son Casey (Guy Burnet).

Elsewhere in the episode Abby rescued a dog from the highway and helped Bunchy (Dash Mihok) get money that was owed to him at the club, Mickey (Jon Voight) put an end to an aggressive pimp in his new apartment complex, and Ray met Malcolm’s aloof daughter Paige (Katie Holmes).

The next episode of the season is Ding. Ray isn’t happy with Paige Finney when she recruits him to protect a friend. Elsewhere, Lena (Katherine Moennig) considers leaving Ray’s business and Bunchy is tormented.