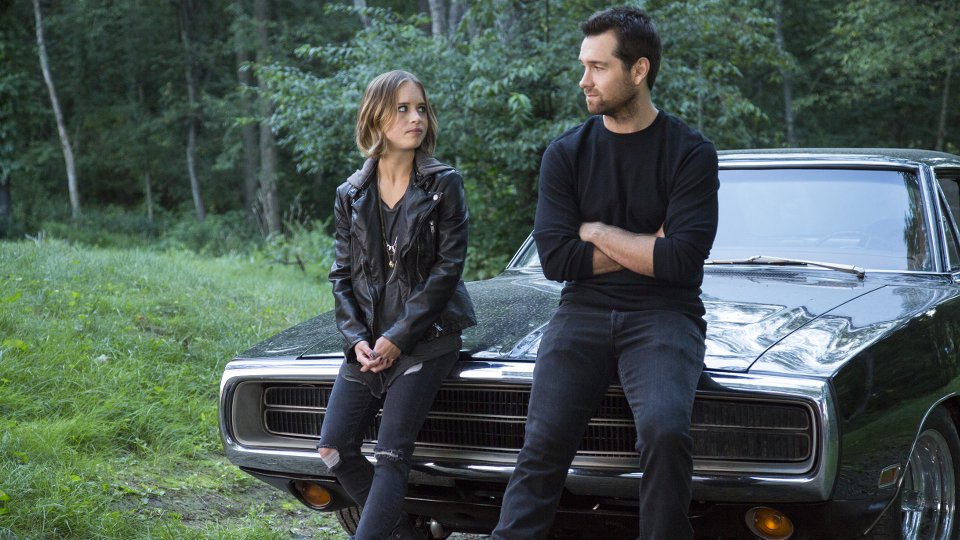 Veronica came face-to-face with Declan (Frederick Weller) and when Hood and Brock came to rescue her they were caught and tied up. During their time in captivity Hood came clean to Brock about who he really is (without mentioning his name) and they worked together to escape.

They got to Veronica just in time and killed all of Declan’s cult members. Veronica managed to break free and she shot Declan in the head putting an end to his reign of terror.

Elsewhere in the episode Burton (Matthew Rauch) attacked members of the Brotherhood in retaliation for their assault on Proctor’s (Ulrich Thomsen) people, Carrie (Ivana Milicevic) was advised to finish what she started with her vigilante quest, and Job (Hoon Lee) switched identities with Leo (Dennis Flanagan) to get revenge for his kidnapping and torture.

The final episode of the series is Requiem. Proctor has to deal with an angry brotherhood, Calvin faces Kurt, while Hood and Veronica come to a big realisation.

Tune in to Sky Atlantic HD at 11.10pm to see the episode. Preview it with our gallery below: