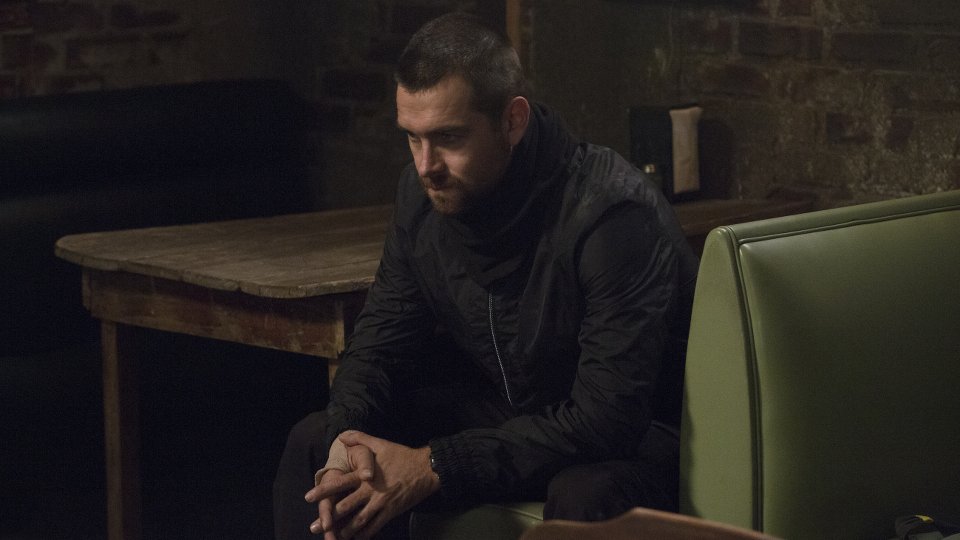 Hood (Antony Starr) went on a revenge mission in the latest episode of Banshee.

Following the death of Siobhan (Trieste Kelly Dunn) at the hands of Chayton (Geno Segers), Hood mounted his own revenge operation to try and take his nemesis down before the feds got to him. That resulted in a violent fight but Chayton managed to escape and after almost killing Aimee (Meaghan Rath) he jumped off a cliff into water and survived another day.

Elsewhere in the episode Carrie (Ivan Milicevic) and Job (Hoon Lee) continued preparing for the heist, Deva (Ryann Shane) continued to go off the rails, and Hood imagined what life would have been like if he’s saved the real Hood’s life when he arrived in town. Also Kai (Ulrich Thomsen) put Rebecca (Lili Simmons) in her place when she started making decisions for him.

The next episode of the season is You Can’t Hide From The Dead. While Hood works on a daring heist, Rebecca heads to Philly to deal with a spurned client of Proctor.