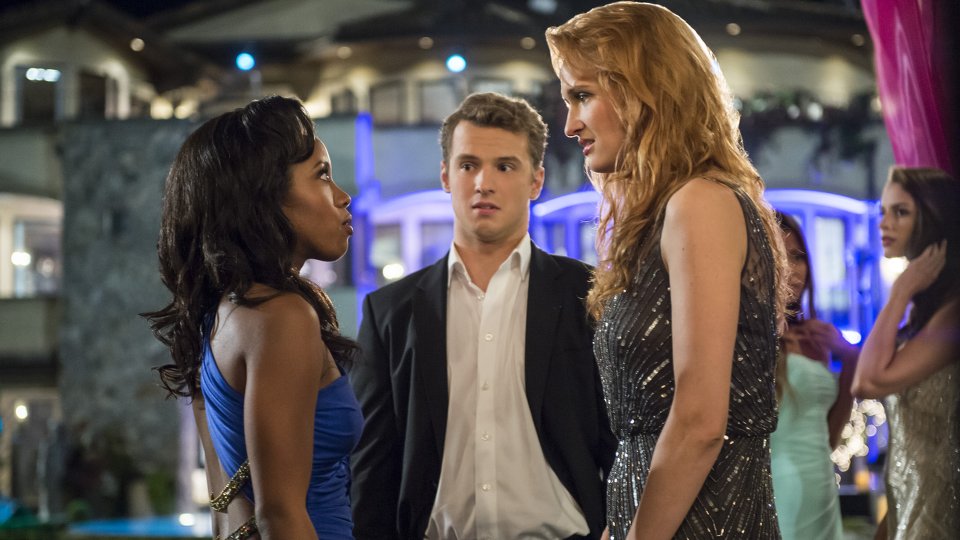 UnREAL kicked off on Lifetime in the UK this week and it’s safe to say it’s put us off EVER wanting to go on a reality TV show.

The first episode of the series introduced to ball-busting executive producer Quinn (Constance Zimmer) who runs a ruthless team on reality series Everlasting (based on The Bachelor). She brings back former producer Rachel (Shiri Appleby), who had an on-set breakdown during the previous season, to work on the latest season and help her manipulate the contestants to get the best footage she can.

Rachel had to deal with leading man and full-time diva Adam (Freddie Stroma) and the gaggle of insecure and feisty women that were competing for his affections. She also had to deal with working in close proximity to her former boyfriend Jeremy (Josh Kelly) who is now engaged to one of the make-up artists for the show.

The next episode of the season is Relapse. The provocative drama continues as Rachel’s old laptop falls into the wrong hands and threatens to expose intimate details of her past relationship with Jeremy.