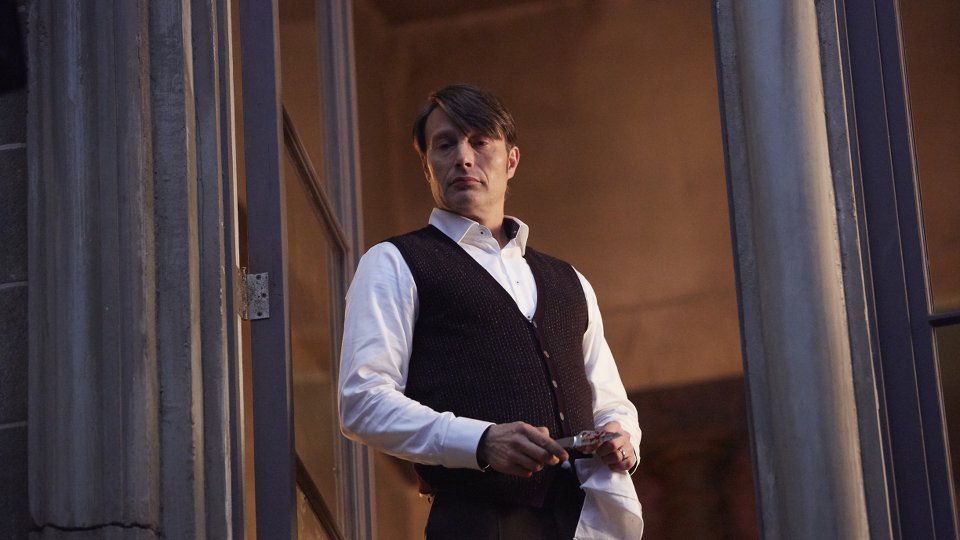 Hannibal found himself one step behind when one of his enemies came looking for him.

Will (Hugh Dancy) and Chiyoh (Tao Okamoto) began their journey to Florence and shared a cabin on a train. The two discussed their different motivations for finding Hannibal with Chiyoh assessing that Will needs to kill Hannibal because he fears he may turn into him. Very insightful! The two decided to take a nap and Will woke up from a nightmare where he’d seen Chiyoh dead and hanging above him. After realising she wasn’t in her bed, Will searched the train and found her at the back taking in the night. As the two began to talk once again, Chiyoh confessed that she knew exactly where Hannibal was before kissing Will and throwing him off the back of the train.

Alana (Caroline Dhavernas) put her sleuthing skills to the test and discovered the whereabouts of Hannibal and Bedelia based on receipts and purchases made at the same shop every week. Sharing the information with Mason (James Anderson), the two put a bounty on Hannibal’s head for anyone who returned him alive.

Pazzi (Fortunato Cerlino) let greed get the better of him and wound up much, much worse off for it. After having dinner with Jack (Laurence Fishburne) courtesy of his young and beautiful wife (Mia Maestro), Pazzi had an encounter with ‘Dr Fell’ and quickly realised that he was actually speaking to Hannibal. Rather than arresting him on the spot, Pazzi called up Mason and Alana to discuss the bounty. He returned to see Hannibal after being told he needed to provide a clear fingerprint as proof before he could get his cash advance. After indulging in small talk, Pazzi grabbed a knife Hannibal had been using but wound up being bound and gagged. Hannibal pressed Pazzi for information and discovered that Mason had put the bounty on his head. He answered a call to Pazzi’s phone, which was Alana, before hanging up, cutting open Pazzi’s bowels and throwing him out of a window with a noose around his neck.

Witnessing the horrific event was Jack who stood just inches from Pazzi’s insides. He raced up to confront Hannibal and took his anger out on his adversary by smashing him through as many things as he could and attacking him with a meat hook. As Hannibal crawled away bloody and injured, he taunted Jack over the death of Bella (Gina Torres) leading Jack to push him out of a window. Hannibal grabbed onto Pazzi’s hanging body and lowered himself to the ground with a thud. As Hannibal limped off into the night, Jack seemingly raced after him.

Hannibal continues at 10pm on Wednesday on Sky Living HD. Watch the promo for the next episode Dolce below: