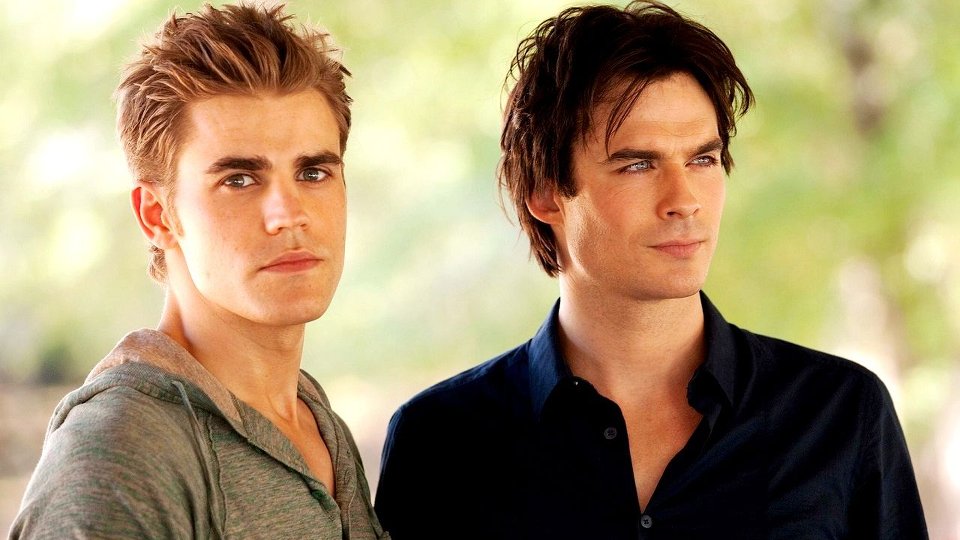 The sixth season of The Vampire Diaries just finished in the UK and the show is heading into very different territory when it returns later in the year for a seventh season.

If you haven’t seen the season 6 finale of The Vampire Diaries and want to avoid spoilers then stop reading now. If you have seen it and want to hear our thoughts on the next season of the show keep reading.

By the end of the current season of The Vampire Diaries we had to say goodbye to quite a few characters. Kai (Chris Wood), Liv (Penelope Mitchell), Luke (Chris Brochu) and Jo (Jodi Lyn O’Keefe) were all killed (along with Jo’s unborn twins) and we waved goodbye to Tyler (Michael Trevino) and Jeremy (Steven R. McQueen) too. As if that wasn’t enough Elena (Nina Dobrev) was put under a spell by Kai that rendered her unconscious unless Bonnie (Kat Graham) died. The remaining characters bid farewell, for now, to Elena and kept her body protected and hidden.

In the closing moments of the season the show jumped forward in time and we saw Damon (Ian Somerhalder) standing on the clock tower in Mystic Falls watching over the town’s destruction whilst Matt (Zach Roerig) drove through in a police car as he’s now a qualified police officer. Let’s not forget that Lily Salvatore (Annie Wersching) and Enzo (Michael Malarkey) discovered that Lily’s family had been freed from the prison world and brought to the modern day by Kai before his death.

Lastly the future of Caroline (Candice Accola) and Stefan (Paul Wesley) aka Steroline was left looking a tad bleak and we’re wondering if the two will ever be able to get it together?

Ahead of the new season we’ve put together our Top 10 wishes. Continue reading to find out what we want to see from season 7.

1. History not to repeat itself. The season 6 finale seemed to set-up for another ‘Damon goes bad’ storyline and whilst we love bad Damon, we’ve seen it so many times over the past 6 seasons. Sure he’s going to have to cope with his grief over losing Elena but we hope the writers come up with something more inventive than retreading old ground.

2. Damon and Bonnie scenes. One of the most surprising parts of season 6 was how good Damon and Bonnie were together. We’re not hoping for a love match but the two characters have grown to love and respect each other in a different way. We expect they’ll team up to try and find a way to break Bonnie’s link to Elena without killing either women.

3. Lily’s rampage. She was threatening to go off the rails last season and now she has her ‘family’ back all bets are off. We’re expecting bloodshed, plenty of acts of violence and a lot of heartbreak. We already know that there’s much more to Lily than we’ve already seen so we can’t wait to see her show her true colours.

4. A bigger role for Enzo. Enzo kind of just hung around in season 6 didn’t he? Now he’s very much part of Lily’s storyline we’re hoping that Enzo’s devious side comes out in full force and he becomes a worthy adversary for the Salvatores.

5. Klaus (Joseph Morgan) to feature in a few episodes and cause trouble for Caroline and Stefan. The show is clearly heading towards a Steroline match-up in the next season but we’d still rather see Caroline with Klaus. She has a better chemistry with him and it took so long for Stefan to realise he had feelings for Caroline that you’ve got to wonder if he’s just choosing her for a lack of anyone else being available.

6. Alaric (Matt Davis) to get a break. Jeez, is anyone as unlucky as Alaric? He’s lost two girlfriends, been killed and brought back to life, lived as a vampire and been turned back into a human. The loss of Jo and his unborn children will likely present us with a different Alaric come season 7 but we hope that he gets some happiness that isn’t fleeting when the show returns.

7. More scenes of Stefan and Damon. With Elena out of the way (are we the only ones happy about this?) we’re hoping that we’ll get more brotherly bonding on our screens. The relationship between the brothers has always been complicated but they’ve come together when it counts. They’re going to have to unite to stop Lily and her family and we can’t wait to see how their relationship evolves in a world where Elena isn’t constantly between them.

8. Bonnie to get through one season without being trapped in a ghost world or killed. Seriously Bonnie has more lives than a cat and it would be nice to see her get through one full season without ‘dying’. Give her screentime with some characters she doesn’t normally interact with or better still give her a completely new storyline that she can sink her teeth into. Could Bonnie step into the leading lady role now Elena is gone?

9. Matt to get something to do. Poor Matt never seems to get much of a storyline does he? Last season he was a play thing for Enzo and got embroiled in the whole Sarah (Tristan Mays) storyline but other than that he was pretty redundant again. It’s time the writers either gave him a proper storyline or wrote him out of the show. Will we see him being good cop (literally) against the evil forces of Mystic Falls?

10. New blood. Given that a wealth of characters were killed off or written out of the show, we’re hoping for some exciting new characters. A new regular or two wouldn’t go amiss either as long as they add to the show and don’t retread old storylines. We know that there’s plenty more baddies on the way but what about good characters?

The Vampire Diaries will return this autumn to The CW in the US and ITV2 in the UK.