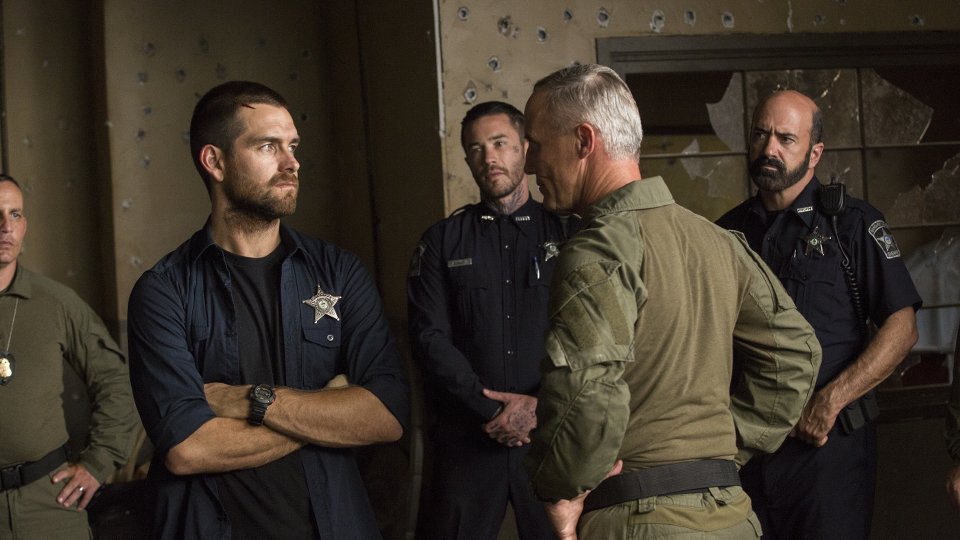 Tragedy struck on the latest episode of Banshee and Hood (Antony Starr) is going to be out for blood.

Chayton (Geno Segers) and the Redbones stormed the CADI and despite putting up a good fight, Hood and the team couldn’t keep them out of the building. A final showdown took place as Chayton killed Siobhan (Trieste Kelly Dunn) whilst Hood looked on helplessly.

Elsewhere in the episode Bunker (Tom Pelphrey) was hired at the Sheriff’s department and proved his loyalty, Hood let Proctor (Ulrich Thomsen) leave and return to his dying mother, and Hood made amends with Siobhan shortly before her untimely death.

The next episode of the season is We Were All Someone Else Yesterday. As the FBI plans a raid on the Redbone compound, Hood pursues Chayton on his own.