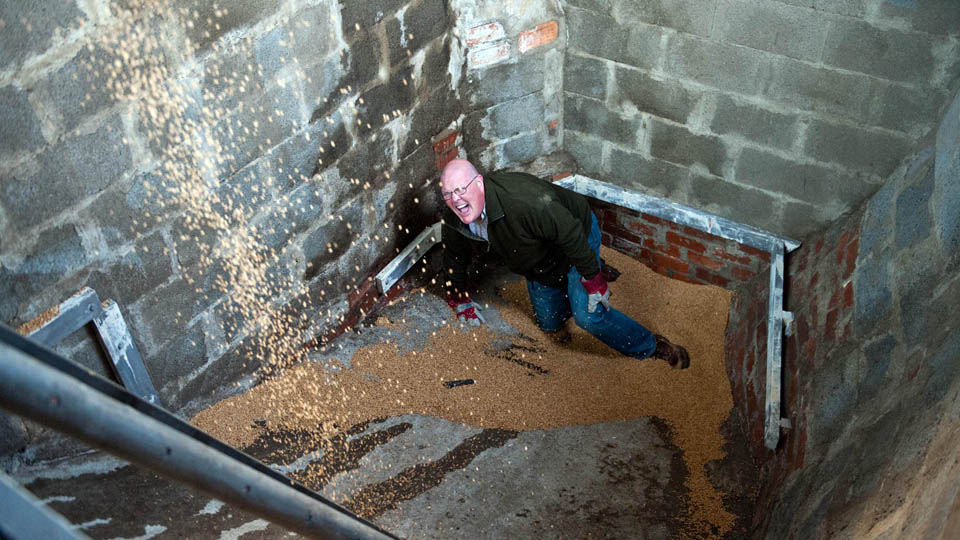 Take a sneaky peek at what’s going to happen this week in Emmerdale.

You didn’t think you’d seen the last of Robron did you?!  Well this week it seems the attraction between Robert and Aaron hasn’t gone anywhere!

Chas is worried about Aaron when she learns that Robert has spent the day with Aaron helping out at the farm and chats to Paddy about the situation.

Paddy is determined to keep the pair from getting back together, but his plan backfires and soon it’s clear that the chemistry is still very much alive between them.  When Robert suggests going for a drink, Aaron defiantly agrees.  Later, some flirting leads to the pair sharing a passionate kiss, only for Paddy to find them together.  He decides enough is enough, and writes a note to Chrissie, warning her that Robert is cheating on her, which Robert unknowingly hands to her, though she doesn’t reveal it’s contents to him at the time.

With the note on her mind, Chrissie is caught scrolling through Robert’s phone and ends up showing him the note.  Fuming, he says it’s a pathetic joke and heads out thinking that Aaron sent it, until that is until he sees Aaron and Paddy arguing and realises it must have been Paddy who sent the note and he warns him to back off.

Later, at the farm, Paddy has just rescued a calf and is climbing out of the grain auger when he slips and hurts his leg.  Unbeknownst to him, Robert is the only one who hears his cries for help, but rather than go to his aid, Robert turns the machine on and soon Paddy is panicking and has slipped again, knocking himself unconscious as the store continues to fill up with grain.

Will Paddy make it out alive or is he toast?  (grain pun intended!)

Brenda fears her tumour is back

Carly is gobsmacked to find the shop flooded and a panic ensues as she tells Bob she forgot to insure the place!  Where will they get the money from to repair it?

Brenda unwittingly provides the answer, when Bob steals the cash that she has taken out for Gennie’s memorial playground without her realising.  Feeling terrible and with a knock back from Val, Bob goes to a payday loan company to replace the money he took from Brenda’s apron.  However, rather than seeming relieved that the money has turned up, Brenda is anxious that’s she’s become forgetful again and begins to worry her brain tumour may have returned.

She confides in Chas and asks her to go to the hospital with her for a brain scan, convinced that if it has come back she will let nature run it’s course.

Soon Brenda is relieved to be given the all clear, but is shocked when Bob arrives (invited by Chas) and gives her a big hug, as he struggles with his guilt at his lies making her think the tumour was back.

Kirin moves back in with Vanessa

Vanessa is convinced the mystery £10k must have come from her dad and reluctantly decides she should go and visit him, but in her stalling she bumps into Kirin who manages to get the full story out of her.  Vanessa isn’t ready to face her father and when Kirin explains the situation to Rakesh, he can’t help but feel guilty and soon Vanessa knows just who did give her the money.

Later, Vanessa tells Kirin it was Rakesh who gave her the money and he packs his bags in a rage and moves back in with her to spite his father.  Kirin insists he loves her, but that he doesn’t think he’ll be able to raise Adam’s child.  Meanwhile, Priya tells Rakesh it’s time he came clean over the child actually being Kirin’s, but will he risk pushing his son further away at this tumultuous time?

Rodney delights in discovering Tracy’s past career, but Jimmy sticks up for her as she worries about the rest of the village finding out.

Ross struggles to hear Pete talking about his night away with Debbie and their wedding plans.  Now, now Ross you were the one who said no feelings were to be involved in their affair!

At the factory, Jai is snapping at Megan as she tries to get involved in running the business, but luckily Rishi is looking out for her.  She also manages to scupper Jai’s plans to meet Leyla by arranging a meeting with Leyla herself.

Kerry and Val have a paint fight whilst they are supposed to be looking after Kyle who seems to have gotten on the computer and deletes Dan’s college assignment by mistake!