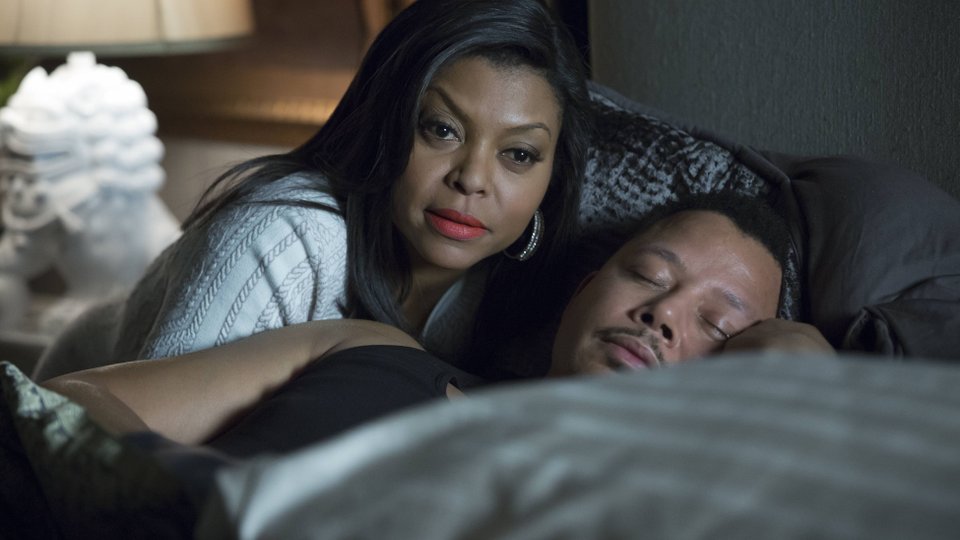 The Lyon family were pushed further apart in the latest episode of Empire as the day to sign the IPO drew closer.

With Andre (Trai Byers) in therapy for his bipolar disorder, Lucious (Terrence Howard) refused to sign the deal without all of his family being there. He was furious when Andre refused to show up and Rhonda (Kaitlin Doubleday) his proxy. As if that wasn’t enough to deal with Lucious had to reveal that he was the father of Olivia’s (Raven-Symoné) daughter and not Jamal (Jussie Smollett) when his son’s ex-wife re-appeared with her violent ex-lover who pulled a gun on the family.

Elsewhere in the episode Lucious tried to pay off Camilla (Naomi Campbell) after fearing her influence on Hakeem (Bryshere Y. Gray), Andre started music therapy with his therapist Michelle (Jennifer Hudson) and Olivia took back her child.

The next episode of the season is Die But Once. Jamal and Lucious work towards forming a music-centred relationship, while Billy Beretti attempts to sabotage the Empire tribute concert.