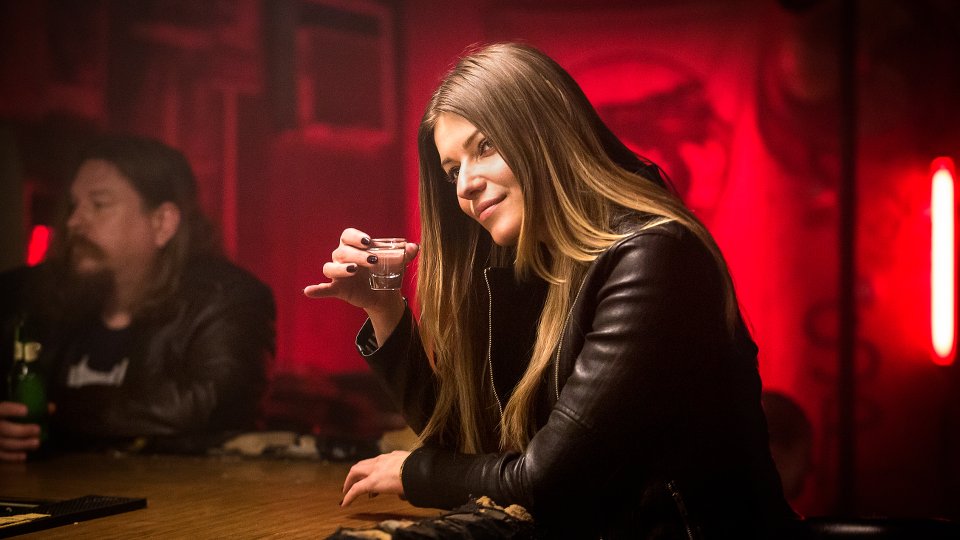 Hood’s (Antony Starr) secret could be about to be common knowledge after that shock cliffhanger at the end of the latest episode of Banshee.

Following his arrest by Agent Phillips (Denis O’Hare), which accidentally turned into being kidnapped by a gangster looking for the real Hood’s son, Hood discovered that his FBI buddy had sent his file on Hood to the Banshee Sheriff’s Department. Worried that his secret would get out Hood discovered that girlfriend Siobhan (Trieste Kelly Dunn) had read the file and wanted answers.

Elsewhere in the episode Clay (Matthew Rauch) and Nola (Odette Annable) had a fight to the death with Clay the victor, Tommy Littlestone (Ricky Russert) tried to make a statement by shooting up Proctor’s (Ulrich Thomsen) strip club but wound up dead, and Sugar (Frankie Faison) and Job (Hoon Lee) prepared for the military base heist.

The next episode of the season is Real Life is a Nightmare. While Siobhan is torn between exposing Lucas and keeping his secret, Carrie takes off on a thrill ride after walking out on her job.