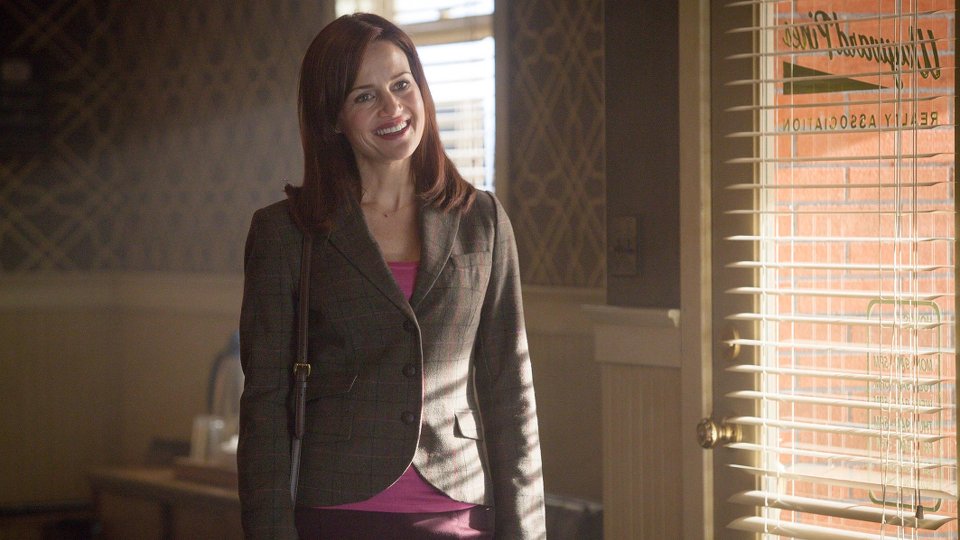 Wayward Pines took a week off this week but fear not it’s back on Thursday with an all-new episode.

To be honest after the latest episode we needed a breather to work out what the hell is going on. Ben Burke (Charlie Tahan) was told the truth about Wayward Pines, along with two classmates, by teacher Megan Fisher (Hope Davis). Turns out that Wayward Pines is a town that has existed when the rest of civilisation died out and that its inhabitants had all been selected to live there. Are you with us so far?

After that bit of explanation came the real doozy, it’s the year 4028! Yes that’s right folks. Apparently the town’s inhabitants were put in hibernation chambers for over two thousand years before being allowed into the town. Megan told the kids they weren’t allowed to tell their parents using the story of a former student whose parents killed themselves when he revealed what was going on.

Elsewhere in the episode Ethan (Matt Dillon) came face-to-face with the ‘Abbies’, a group of genetic mutants that dominated the Earth outside of the town’s borders. Ethan also learned that Dr. Jenkins (Toby Jones) is actually David Pilcher, the creator of Wayward Pines who was thought to be dead.

All of that makes Theresa’s (Shannyn Sossamon) need job a realtor who was trying to find out information from a new member of the town seem pedestrian doesn’t it?

The next episode of the season is Choices. Ethan is brought to a secret structure in town, where he learns the rest of the truth about Wayward Pines. Meanwhile, Theresa does some investigating of her own.