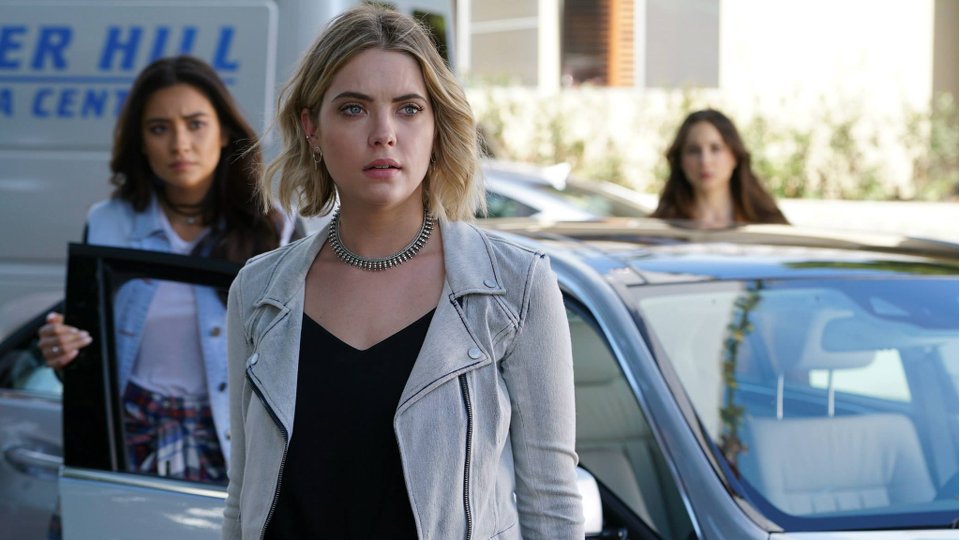 Who is Charles DiLaurentis? That’s the question that’s been on everyone’s lips since the Pretty Little Liars season 5 finale.

The girls got one step closer to finding out in the latest episode after Alison (Sasha Pieterse) and Jason (Drew Van Acker) cornered their father (Jim Abele) about it. We weren’t privy to the conversation though instead left to watch Ali’s reaction as A stared through the window. Creepy stuff.

Elsewhere in the episode only Hanna (Ashley Benson) made it back to school and bumped into Dr. Sullivan (Annabeth Gish). After arranging a session with all of the girls, A threatened to kill Sara (Dre Davis) if they didn’t leave the good doctor’s office. Andrew (Brandon W. Jones) was released from prison and wasn’t exactly ecstatic when he bumped into Aria (Lucy Hale), Emily (Shay Mitchell), Spencer (Troian Bellisario) and Hanna.

In the next episode of the season, Don’t Look Now, Kenneth finally comes clean about their family’s connection to Charles. While he won’t give much detail about Charles’ past, he says enough to give the PLLs a clue of where to look for the missing pieces – Radley Sanitarium.

Pretty Little Liars continues on Tuesday at 8/7c on ABC Family in the US and Wednesday on Netflix in the UK. Preview the episode with our gallery below: