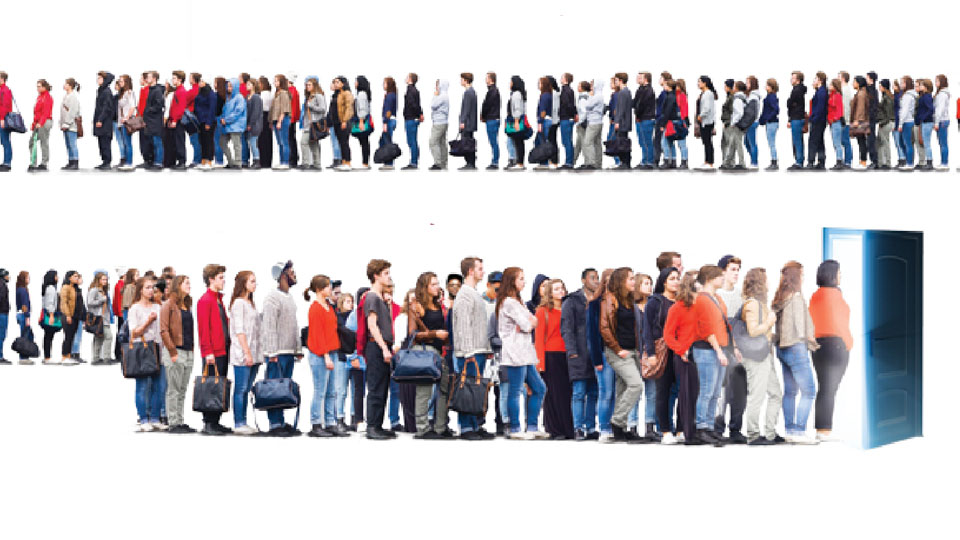 Georgia Fitch is a playwright whose work includes The Footballer’s Wife and Come Dancing, co-written with Tracy O’Flaherty. She has learnt her craft through various theatre residences, including with BBC Radio Drama.

Georgia’s new show, Reality, depicts reality TV culture and Britain’s appetite for quick and easy celebrity, asking how far desperate young people will go in new show The Hostage to achieve their 15 minutes of fame. Check out the trailer above.

We caught up with her to find out a bit more about the show with such an intriguing premise.

What can audiences expect from Reality?

Audiences who have already seen the show on tour, say it is so not what they expected, and it is equally very provocative. I have to agree …

What attracted you to the subject matter of reality TV?

The cast are young, unlike me they have never known a world without reality television. I didn’t think it would stay, but it obviously has, and it is of course everywhere ! This seemed to be a good place to start something from…

Is the character of Darren based on anyone you know? How did you find his voice?

Cameron the young actor who plays Darren, presented a starting point for the character. It was based on someone he knew. Cameron then developed Darren through our devising process, and I subsequently then went away and wrote him, adding another layer.

Are you involved in the production of it?

I didn’t go into rehearsals much, cause I had already spent so long with the cast whilst developing the piece, and Sarah, our director, is great.

The show’s doing the rounds at the Brighton and Plymouth Fringe and then running at the Ovalhouse. Why were those venues chosen, and is there anywhere else you’d like to see it play?

The venues were chosen by the company, and festivals felt right for it. It’s a play where the characters come from all over the UK and Ireland, and are called by their home towns, cities . So to do a tour to Grimsby, Leeds, The Isle of Aran, Dublin, to name but a few, would be fantastic .

As a writer you’ve had residencies at the Bush theatre and BBC Radio as well as attachments to the Royal Court and Soho Theatre. Would you recommend such partnerships to young writers? If so, what did you get out of them?

I got a lot of different and valuable experience,being on writing attachments, and luckily having various residences. The industry is about individual relationships, and this is a way to obviously start them. If someone likes your work , and is offering you a little bit of money, then learn all you can!

You collaborated on Blair’s Children at the Cockpit – an unusual project using several writers’ voices. What was that like to work on?

I admired all the other writers on the project, so it was a stimulating experience. Plus,the politics really interested me.

What’s in the pipeline after Reality?

I have lots of radio on this summer, and I have to research a new play.

In this article:Georgia Fitch, Ovalhouse, Reality