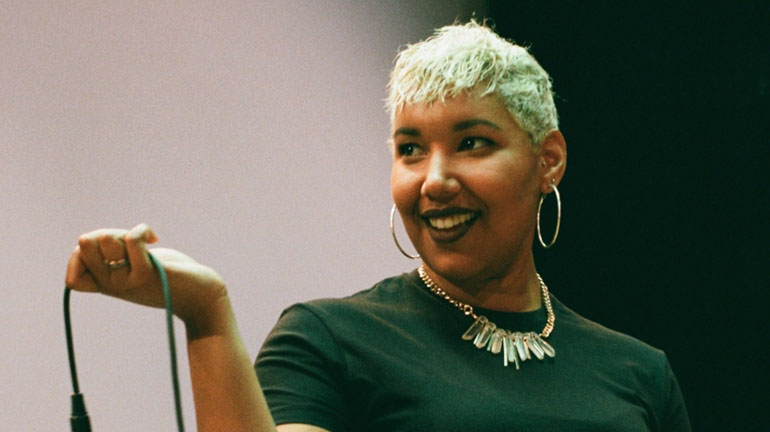 One of the must-see shows at the Edinburgh Festival Fringe this August is spoken word artist and theatre-maker Koko Brown, with her daring new production, White.

“It’s a solo show about identity; being a mixed-race black woman and feeling like an outsider,” explains Koko. “I’ve performed White in London several times and had a great response but I’m really excited to take it to Edinburgh.”

Koko uses live vocal looping and spoken word to explore the concept of mixed-race privilege. Combined with original songs, White connects clashing cultures in an engaging and contemporary way which has proved itself at previous performances.