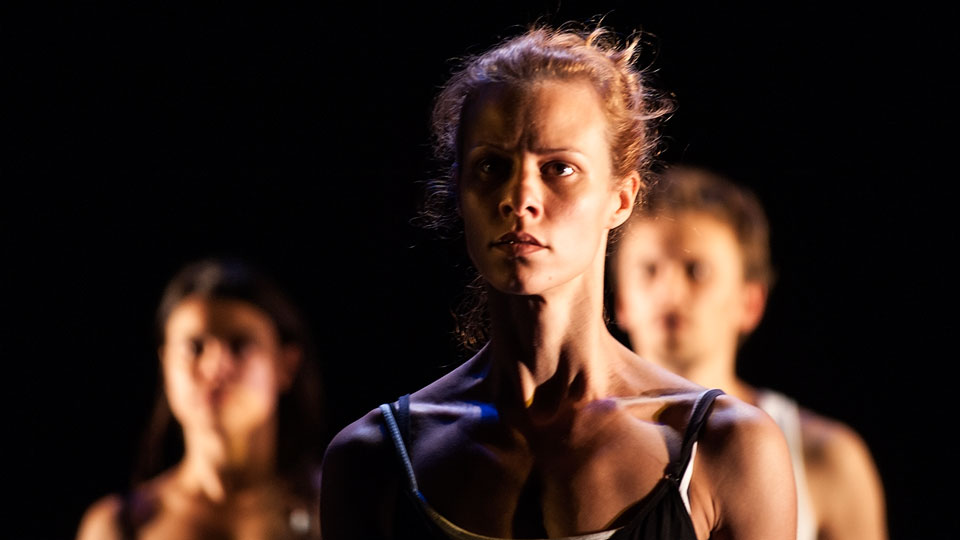 In the London debut performance of Compagnie TDU, created with DV8 performer Vivien Wood and L.A based writer/performer Anthony Nikolchev, four performers examine the dual realities of what we express and what we suppress through two versions of the same couple: one that embraces life’s challenges, the other that lets chances slip by. As the couple struggle to salvage a sense of meaning, the production’s physical exploration of things unsaid leaves us with the universal question, ‘If not now, when?’

All the Things You Said You Never Said Before You Thought You Could Ever Say will play at the Ovalhouse, 17th – 28th March. See www.ovalhouse.com to book.

In a digital age with ever increasing means of contacting and socialising without meeting or speaking, All the Things… engages the importance of human contact. Originally commissioned by Dance City and following a successful premier in Newcastle-Upon-Tyne, All the Things… has been seen in Switzerland, Slovakia and India.

Speaking about the two couples, Anthony Nikolchev says, “One version lives the reality of a missed chance, a missed communication, an unwanted grudge held over nothing. The other? Physically, verbally, feverishly trying what their former versions don’t – that is embracing the fantastic challenge of sharing a life.”

In this article:Compagnie TDU, Ovalhouse