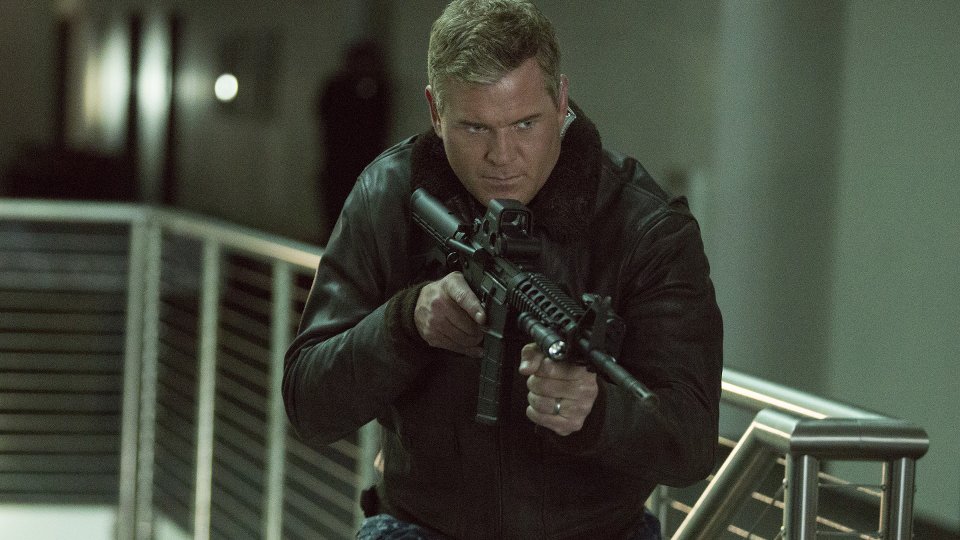 The Last Ship is returning for a second season in the US this month.

The first images for the 2-hour premiere Unreal City/Fight The Ship have been released giving a taste of the action that is set to come. We’ve had to wait almost a year to find out the fate of the Nathan James crew after they returned to the U.S.

In the season 1 finale we quickly discovered that Granderson (Alfre Woodward) definitely wasn’t a good person after she sent state troopers to take over the ship killing and injuring crew members to get her hands on the lab and the vaccine. Chandler (Eric Dane) found his family but found out that there was a terrible secret hiding behind the new order.

As the second season opens, Captain Chandler, XO Slattery (Adam Baldwin) and the rest of the crew are working to disseminate the cure that paleomicrobiologist Dr. Rachel Scott (Rhona Mitra) developed at the end of season one. As soon as they arrive back on U.S. soil, however, they are met with opposition in the form of a new world order under the leadership of Granderson (guest star Alfre Woodward). To make matters worse, they also face a new enemy bent on taking over the world.

The Last Ship returns in the US on 21st June 2015 to TNT and is expected to following in July on Sky 1 HD in the UK. Preview the episodes with our gallery below: