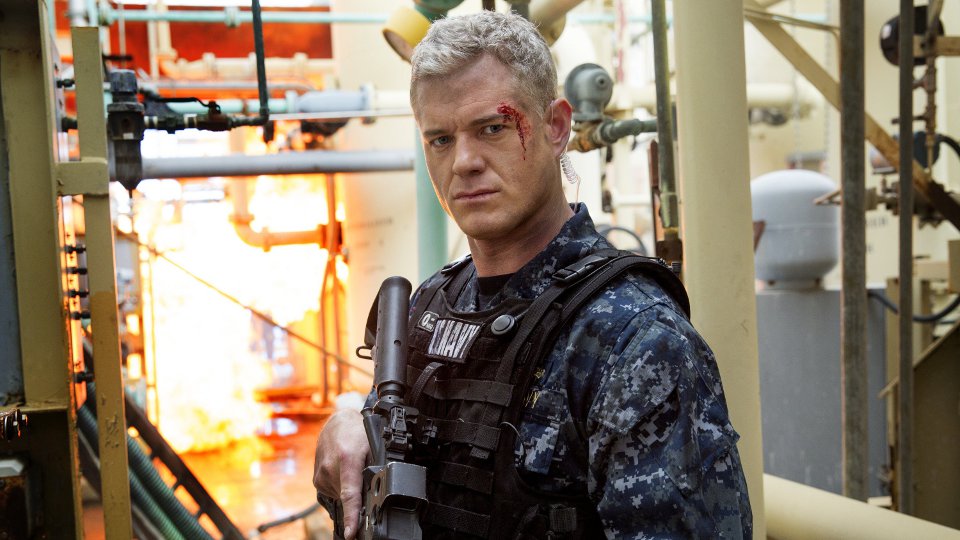 Chandler (Eric Dane) opened an investigation into the murder of Niels (Ebon Moss-Bachrach) on the latest episode of The Last Ship.

Interviewing the crew of the Nathan James, Chandler was pointed in the direction of Dr. Scott (Rhona Mitra) who was desperately trying to cover her tracks. To try and keep her place on the ship, Dr. Scott continued her work on the cure and found a way for it to work after injecting herself with it. Chandler couldn’t ignore her work on the cure but he still punished her for what she did.

Elsewhere in the episode the ship headed to New Orleans and Alisha (Christina Elmore) decoded a message from the Immunes.

The next episode of the season is Valkyrie. Sean Ramsey broadcasts a message implicating the Navy in a devastating disaster. It’s now more important than ever for Chandler to infiltrate their network and regain the trust of the American people. Nathan James locates the source of the Immune’s signal – a mysterious oil platform in the middle of the ocean.